Chelsea Cain's "Man-Eaters" is a comic book series where "toxoplasmosis causes menstruating women to turn into ferocious killer wildcats-easily provoked and extremely dangerous. As panic spreads and paranoia takes root, the fate of the world rides on the shoulders of one twelve-year-old girl."

The series attracted criticism, with people saying the series excluded trans and non-binary men and women.

The latest issue of the series included two critical tweets she had received as propaganda posters in a reeducation camp. 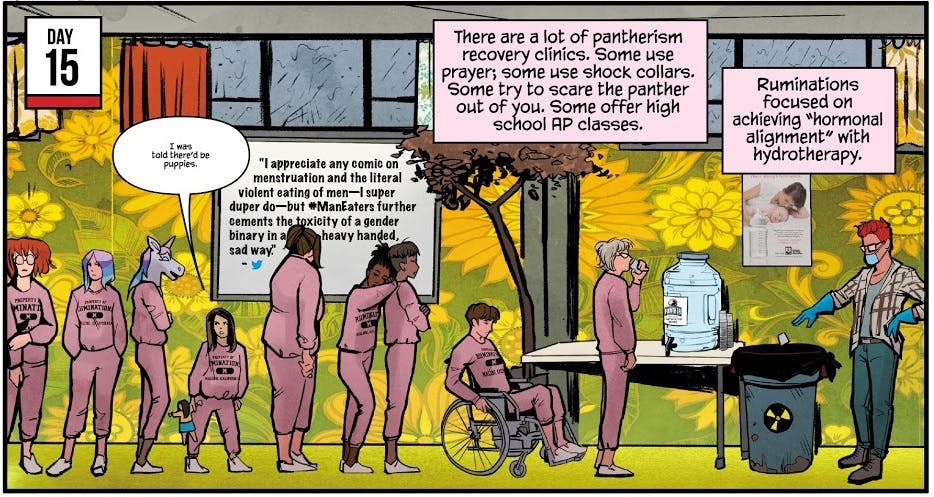 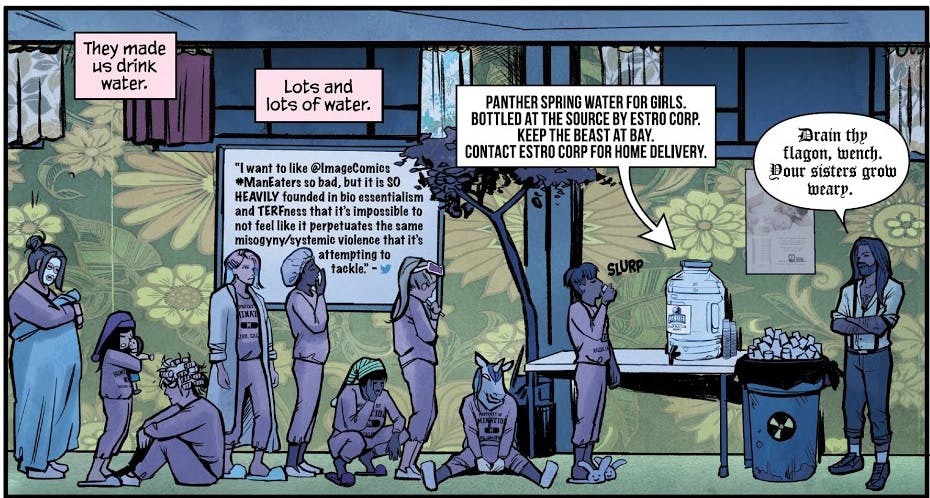 After receiving backlash for using someone's tweets without their permission in her comic, Cain tried to defend her story before apologizing. She later deleted her account.