And they get serenaded in return!

The incredible support of Elle Ellaria, @reddit’s r/FreeFolk and Emilia’s fans worldwide means their campaign has raised over £100,000 for SameYou. Thank you so, so much. As Emilia says, you guys are simply the best! 🧡 #sameyoucharity pic.twitter.com/EvutvSuSym

Not long after the finale of Game of Thrones left fans embittered, one reddit user, u/Elle_Ellaria, decided to channel the fandom's energy into something positive with a fundraiser for SameYou. SameYou is a charity started by Emilia Clarke after she revealed she had suffered two ruptured brain aneurysms during the filming of seasons 1 and 2 of Game of Thrones. SameYou is focused on improving rehabilitation for young adults after suffering brain injury and increasing specialist nurse training and clinical research.

The fundraiser states: "As a gesture of love and support from the fandom to the entire cast & crew - but also particularly to the woman who poured her very soul into her character, who delivered passionate speeches in High Valyrian and Dothraki in between questioning her very mortality, and inspired so many of us with her resilience - I am setting up this page as a public support of her charity, SameYou.

Link to the fundraiser

"Kit Harington has given so much to the fans of Game of Thrones over the past decade playing the King in the North, Jon Snow. He absolutely nailed his performance and we loved every second of screentime we had with him.

This fundraiser is here to show Kit that we're incredibly thankful to him for the sheer amount of love and skill he put into Jon Snow for us to enjoy.

To show our gratitude, /r/Freefolk and other fans want to contribute to the charity Mencap, which Kit has been supporting for several years. Mencap supports people with learning disabilities to live independent and fulfilling lives."
Link to the fundraiser 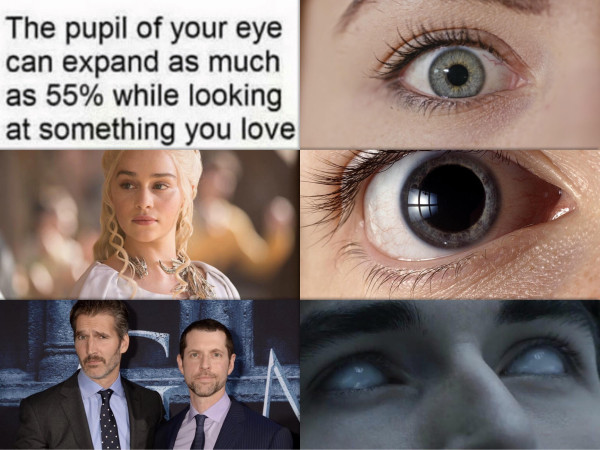