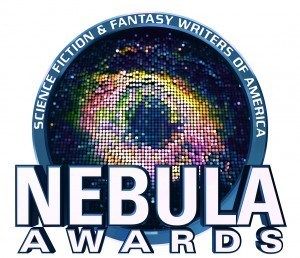 Best Short Story
“Interview for the End of the World” by Rhett C. Bruno
-Winner: “The Secret Lives of the Nine Negro Teeth of George Washington” by P. Djèlí Clark, published by Fireside Magazine
“Going Dark” by Richard Fox
“And Yet” by A. T. Greenblatt, published by Uncanny
“A Witch’s Guide to Escape: A Practical Compendium of Portal Fantasies” by Alix E. Harrow, published by Apex Magazine
“The Court Magician” by Sarah Pinsker, published by Lightspeed Magazine

Andre Norton Award for Young Adult Science Fiction and Fantasy
-Winner: Children of Blood and Bone by Tomi Adeyemi, published by Henry Holt and Macmillan UK
Aru Shah and the End of Time by Roshani Chokshi, published by Rick Riordan Presents
A Light in the Dark by A. K. DuBoff, published by BDL
Dread Nation by Justina Ireland, published by Balzer + Bray
Peasprout Chen: Future Legend of Skate and Sword by Henry Lien
Tess of the Road by Rachel Hartman, published by Random House

Looks like they just picked the first name in most of the categories, smh.  And BOO @ the SFWA for not shortlisting the *superior* Good Place episode this past season.  Do you consider Bandersnatch a game, ONTD?  Also, do you think Nora Roberts is looking down upon the SFWA for their taste in YA fiction, if she even cares?  Discuss.  Feel free to make this a book post, if you want.  Last sci-fi and/or fantasy you've read - GO!
Tags: award show - nominees / winners, award show - other, black mirror (netflix), books / authors, spider-man
Subscribe