It might be almost a week after the Grand Finale of the 2019 edition of the Eurovision Song Contest but it ain't over with yet.

The Eurovision Broadcasting Union (EBU) said an incorrect calculation was used to create a substitute score after the Belarussian jury was dismissed, resulting in the error. Belarus's jury was removed after its semi-final votes became public, which is against contest rules.

The winner was not affected, but a number of other countries either saw their scores slightly dip or slightly increase. Sweden got bumped to 5th place overtaking Norway, while North Macedonia is now 7th ahead of Azerbaijan's 8th placing. The biggest changes happened in the middle of the scoreboard with Cyprus and Malta moving up two places to 13th and 14th respectively while Slovenia + France both lost two.

The official final ranking of ESC 2019 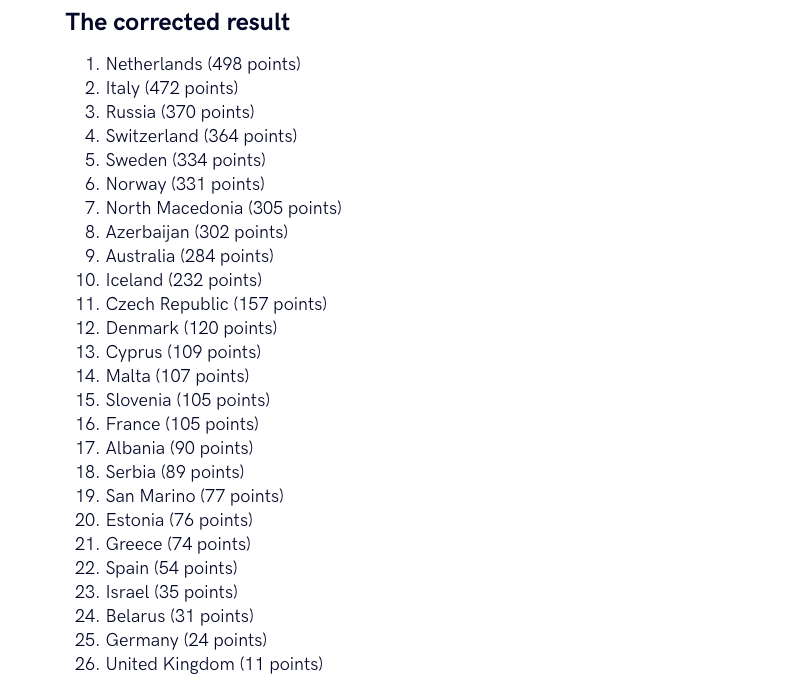 ONTD which country should have won this year?