Madonna in hot water with EBU over Palestinian/Israeli flags 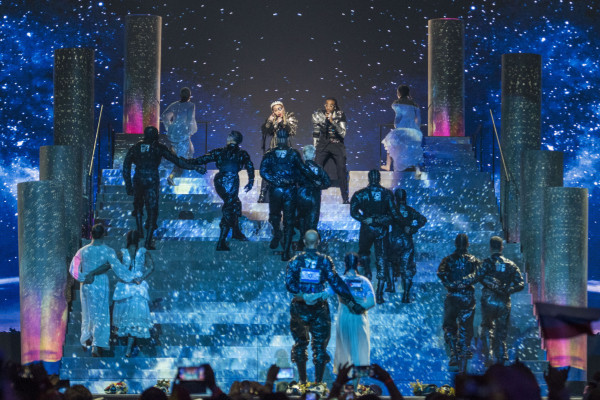 It wouldn't be Eurovision without controversy and this year's competition was perhaps the most controversial in recent memory. Madonna, who was this year's surprise guest performer, is now in hot water with Eurovision's organizer the European Broadcasting Union, better known as the EBU, over her showcase of Palestinian flags.

Madonna chose to have two of her backup dancers embrace, while wearing a Palestinian and Israeli flags on the back - a move which apparently had not been shared with the producers of the show. In a statement they said: “This element of the performance was not part of the rehearsals which had been cleared with the EBU and the Host Broadcaster, KAN. The Eurovision Song Contest is a non-political event and Madonna had been made aware of this.”

Madonna's reps have responded with their own statement noting that "a message of peace is not political.”


Update: one of Madonna's dancers (the one wearing the Palestinian flag) also got briefly detained at Tel Aviv airport.