The premiere of PBS's Arthur revealed that one of it's longest-running characters is gay. 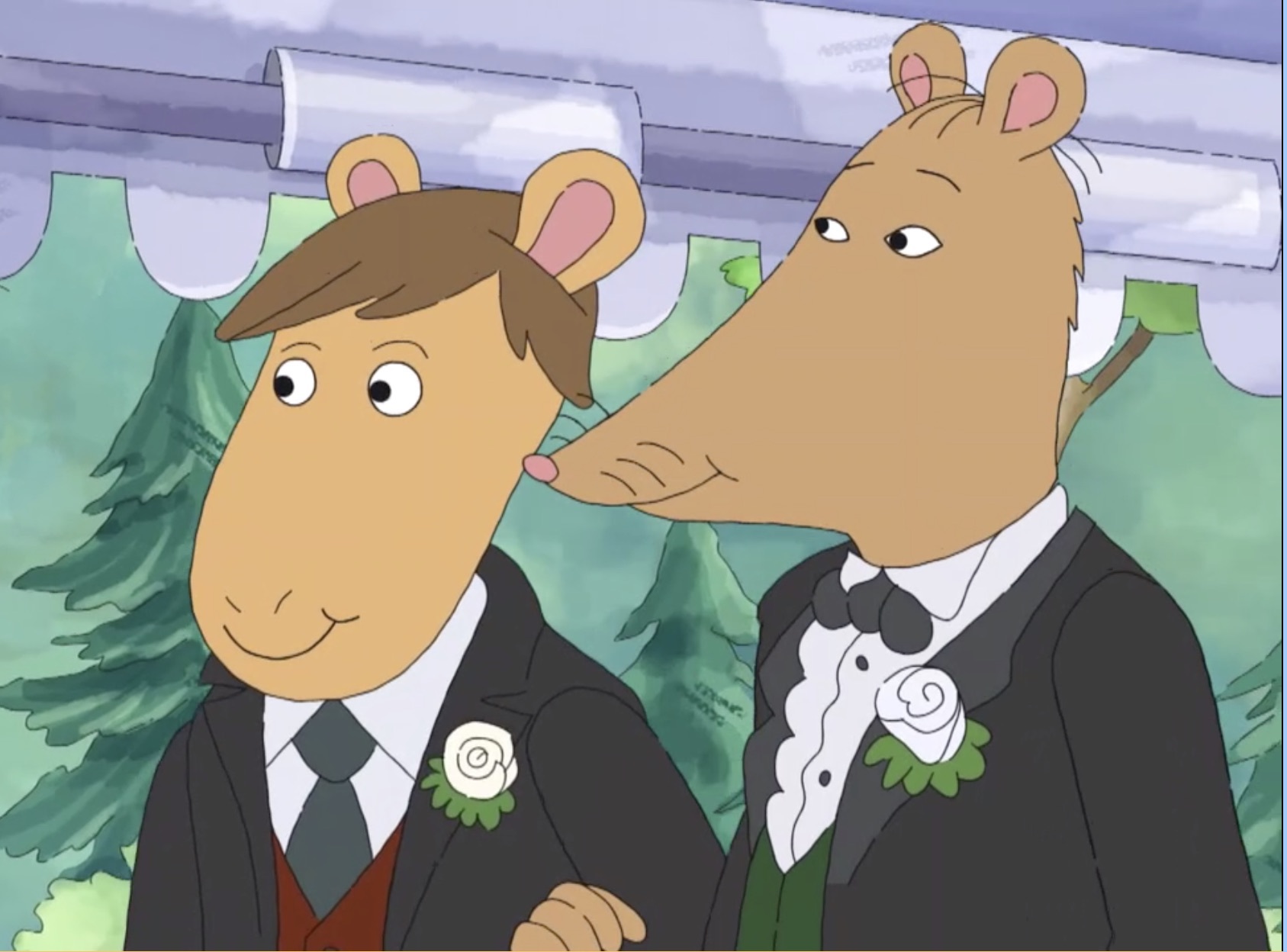 The episode, 'Mr. Ratburn & The Special Someone', has the kids discovering Mr. Ratburn is getting married. They assume that he's getting married to the strict Patty (played by guest-star Jane Lynch) and are worried that she will make him an even more difficult teacher; in the end it's revealed that Patty is Ratburn's sister who is helping him plan the wedding and that Ratburn is marrying Patrick, who runs the town chocolate shop.