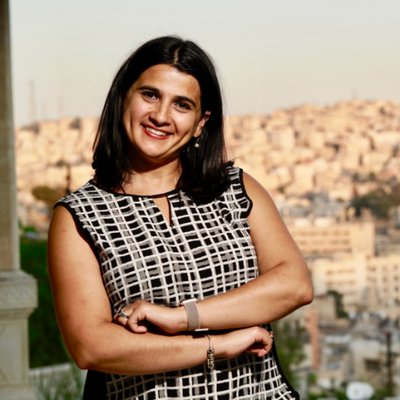 *Natasha Tynes, World Bank employee & writer, sent a tweet to the Washington Metropolitan Area Transit Authority (WMATA), complaining about a black, female Metro employee eating on the train
*Tynes included a photograph of the woman wearing her uniform
*WMATA responded by asking for more details and Tynes did not hesitate to share
*Tynes, a Jordanian America, was immediately dragged on twitter
*Many called her out for using her privilege & pointed out the lack of solidarity among women of color
*In the end, Tynes, who is also a writer, lost her book distribution deal for her upcoming book 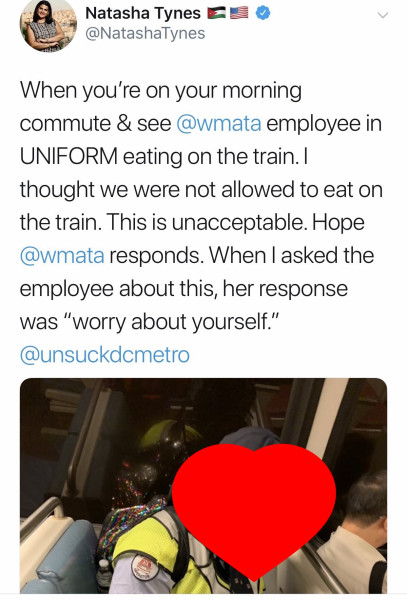 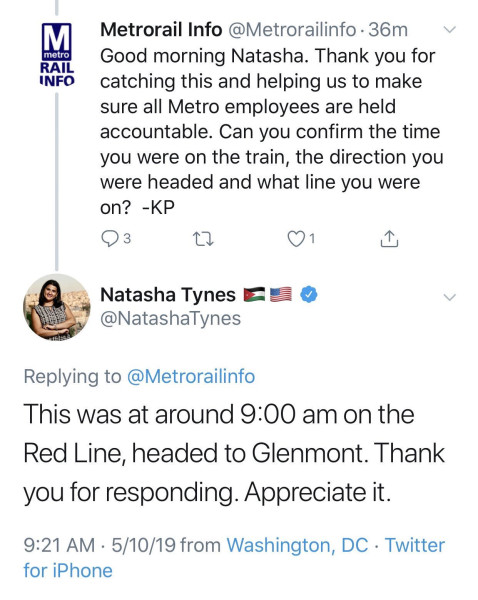 I am in residence, so not on Twitter as I often as I usually am. Just learned what Natasha Tynes -who is Jordanian-American- did. Anti-Black racism is shamefully all too common among non-Black people of colour. I would add classism to the list of bigotries that we must fight too.

Oh, she mad. 🤷🏽‍♀️
Ya’ll make sure to amplify her weaponizing her twitter against a black blue collar employee that was minding their business as loudly as she felt compelled to ampify homegirl eating breakfast. pic.twitter.com/VInnMRIuww

A word from us on what happened this morning with Natasha Tynes in DC. pic.twitter.com/gJY4lZLFUQ

She posted an apology, but her account is now private...