You thought Star Wars Land was it? Marvel themed land(s) set to open at Disney Parks in 2020!

Hot on the heels of the release of Avengers: Endgame, as well as the trailer for Spiderman: Far From Home, Disney parks have announced that the first phase of their Marvel themed lands will be opening sooner than originally anticipated.

As in, next year! 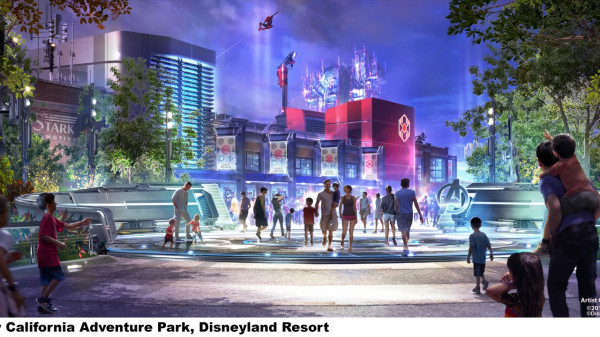 As if they weren't busy enough with the upcoming opening of Star Wars Land aka Galaxy's Edge, Disney is already looking ahead to it's next park expansion!

At the Disneyland Resort, it will be taking over the old A Bug's Land area in California Adventure, which the back side of conveniently opens/ends at the Guardians of the Galaxy: Mission Breakout! ride. (RIP The Tower.) At the Disneyland Paris Resort it will be housed in their Walt Disney Studios park.

Construction walls have been up for a while (cleverly emblazoned with the Stark Industries logo to fit the theme) but other than everything being torn down and taken away, not much is visible.

Not a ton of details have been released, but we do know that the major attraction for this land will be Spiderman themed. 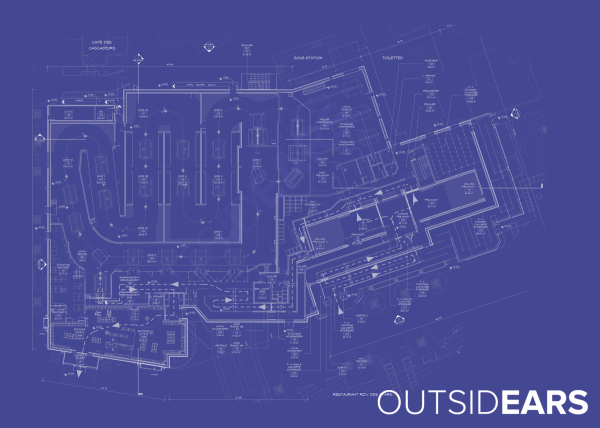 We also finally got a better ride description! Sounds like it's gonna be very similar to the Toy Story Midway Mania ride (which is fun as hell and I could 300% beat you at it:)

"The former “it’s tough to be a bug” Theater building [in Disney California Adventure] is being re-purposed for the new Spider-Man attraction where guests are given a web-shooter of their own to use. The ride appears to be mostly screen-based (likely 3-D in nature), so think Toy Story Midway Mania, but with guests shooting webs instead of darts, balls, and rings. The entrance to the building will be rerouted to the opposite side of so it can be accessed from the hub of this new land. The central hub is a large Avengers symbol in the ground that is surrounded by all of the land’s offerings. Think of this as The Avengers’ California Campus."

Actually this source came through with even more details about the land!:

"Dsney is expanding its story universe by creating a new organization, the Worldwide Engineering Brigade, to be the setting for this experience. Though WEB is grounded in classic characters like Peter Parker, it is an organization that all guests can be a part of – one that invites guests to engage with these iconic heroes like never before.

Besides WEB, there’s also brand-new, cutting-edge interface as part of this fun, interactive attraction. Through a blend of never-before-seen technology and practical effects, guests will get to experience for themselves what it is like to have the abilities of a Super Hero.

This adventure will blend seamlessly into the story of the new lands Disney is creating at both Disney California Adventure park and Walt Disney Studios park, where there will be surprises at every turn!"

The article's point out that the ride more than likely won't be up and running when the land first opens. That now seems to be how they plan on doing things going forward (the whole "Phase 1, 2, 3, etc" talk) as the case will be similar for Star Wars Land/Galaxy's Edge (at opening only 1 of the 2 attractions will be up and running. The second one will be opening in September.)

No exact date has been set yet, but OP's theory (based on a life spent at Disneyland) is that it will most likely open roughly for Memorial Weekend as that is the start of the Summer at the parks which would mean it would open almost exactly a year after Star Wars Land. Other options could be July~ish for Disneyland's birthday, or maybe September~ish to tide people over until Christmastime. But who can never be sure!

Personal Note: I'm actually kinda surprised. I walk by this area frequently and it doesn't seem like much more than tearing down has been done, but it's pretty hard to see anything there anyways, there isn't anywhere in the parks high enough to get a view behind the walls. It will be interesting to see once the construction shifts from SWL to this!

Second Personal Note: I really hope they get Tom to do all of the Spidey voice over stuff for the ride/park!

Third Personal Note: For the love of the Gods PLEASE bring back the Asgardian throne room photo op!!! It was so awesome and oppulent!