40 of the Most Popular Translated Books on Goodreads 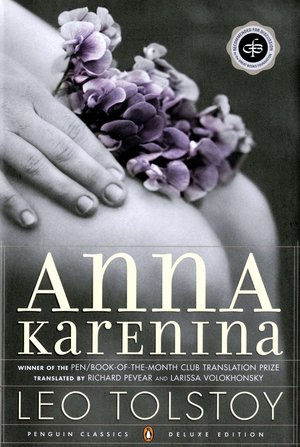 About: Acclaimed by many as the world's greatest novel, Anna Karenina provides a vast panorama of contemporary life in Russia and of humanity in general. In it Tolstoy uses his intense imaginative insight to create some of the most memorable characters in literature. Anna is a sophisticated woman who abandons her empty existence as the wife of Karenin and turns to Count Vronsky to fulfil her passionate nature - with tragic consequences. Levin is a reflection of Tolstoy himself, often expressing the author's own views and convictions.

Throughout, Tolstoy points no moral, merely inviting us not to judge but to watch. As Rosemary Edmonds comments, 'He leaves the shifting patterns of the kaleidoscope to bring home the meaning of the brooding words following the title, 'Vengeance is mine, and I will repay. 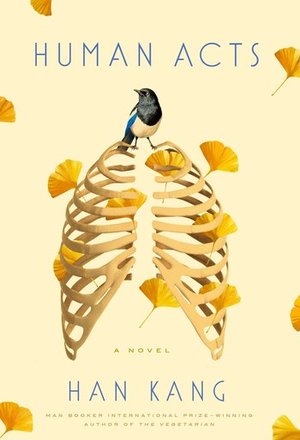 About: In the midst of a violent student uprising in South Korea, a young boy named Dong-ho is shockingly killed.

The story of this tragic episode unfolds in a sequence of interconnected chapters as the victims and the bereaved encounter suppression, denial, and the echoing agony of the massacre. From Dong-ho's best friend who meets his own fateful end; to an editor struggling against censorship; to a prisoner and a factory worker, each suffering from traumatic memories; and to Dong-ho's own grief-stricken mother; and through their collective heartbreak and acts of hope is the tale of a brutalized people in search of a voice.

An award-winning, controversial bestseller, Human Acts is a timeless, pointillist portrait of an historic event with reverberations still being felt today, by turns tracing the harsh reality of oppression and the resounding, extraordinary poetry of humanity. 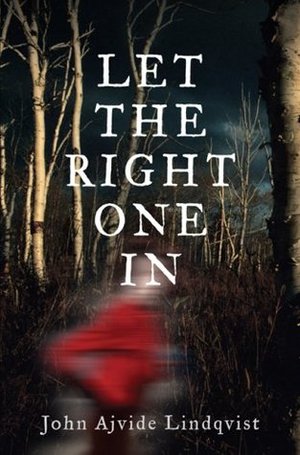 Let the Right One In by John Ajvide Lindqvist

About: Set in 1981, Let Me In is the horrific tale of Oskar and Eli. It begins with the grisly discovery of the body of a teenage boy, emptied of blood. Twelve-year-old Oskar is personally hoping that revenge has come at long last -- revenge for all the bad things the bullies at school do to him, day after day. While Oskar is fascinated by the murder, it is not the most important thing in his life. A new girl has moved in next door—a girl who has never seen a Rubik’s cube before, but who can solve it at once. They become friends. Then something more. But there is something wrong with her, something odd. And she only comes out at night.... 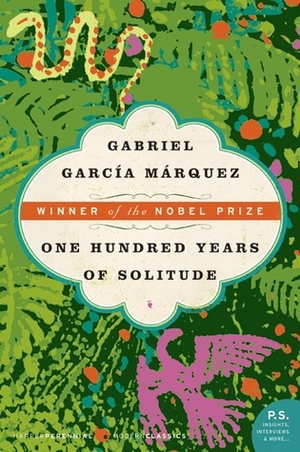 One Hundred Years of Solitude by Gabriel García Márquez

About: The brilliant, bestselling, landmark novel that tells the story of the Buendia family, and chronicles the irreconcilable conflict between the desire for solitude and the need for love—in rich, imaginative prose that has come to define an entire genre known as "magical realism." 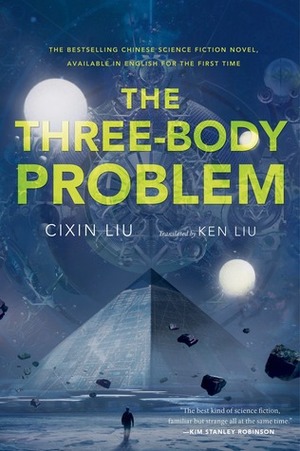 The Three-Body Problem by Liu Cixin

About: The Three-Body Problem is the first chance for English-speaking readers to experience this multiple award winning phenomenon from China's most beloved science fiction author, Liu Cixin.

"Fans of hard SF will revel in this intricate and imaginative novel by one of China’s most celebrated genre writers. In 1967, physics professor Ye Zhetai is killed after he refuses to denounce the theory of relativity. His daughter, Ye Wenjie, witnesses his gruesome death.

"Shortly after, she’s falsely charged with sedition for promoting the works of environmentalist Rachel Carson, and told she can avoid punishment by working at a defense research facility involved with the search for extraterrestrial intelligence. More than 40 years later, Ye’s work becomes linked to a string of physicist suicides and a complex role-playing game involving the classic physics problem of the title.

"Liu impressively succeeds in integrating complex topics—such as the field of frontier science, which attempts to define the limits of science’s ability to know nature—without slowing down the action or sacrificing characterization. His smooth handling of the disparate plot elements cleverly sets up the second volume of the trilogy."