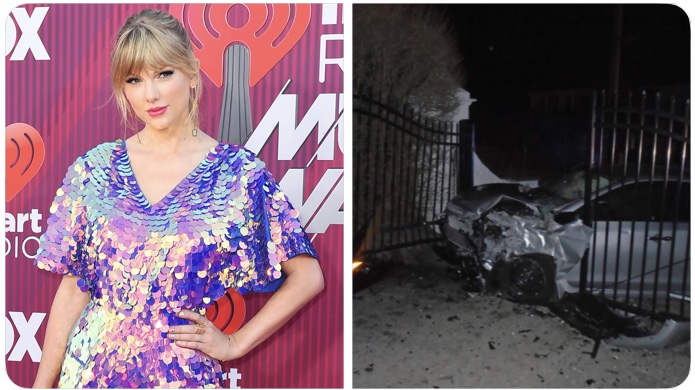 A high speed police chase ended when a stolen vehicle lost control and crashed into the gate of Taylor Swift’s home in Rhode Island last night. The 19-year-old male driver was charged by the Westerly Police Department on Tuesday with reckless driving by engaging police in high-speed pursuit; obstructing an officer; felony receiving stolen goods; and driving when license is suspended or denied. Nobody was home at the time of the accident as Swift is currently overseas in London and just finished filming the movie musical for Cats. More photos and details at the source.