-"Lupita Nyong’o is on the verge of becoming Hollywood’s next scream queen, with starring roles in ‘Little Monsters’ and ‘Us,’ Jordan Peele’s highly anticipated follow-up to ‘Get Out.’ But what does she watch when she’s looking for a good scare herself? Ahead of the release of ‘Us,’ Nyong’o sat down with RT to talk about her five favorite horror films, from a Tobe Hooper classic to a contemporary fan favorite from Korea, as well as the disturbing French thriller that Peele recommended and she dared herself to watch."

Before my interview w/ Jordan, I watched him record Korean film promos 4 #UsMovie IN KOREAN.

Not an easy task but J. Peele put in the work to make it sound perfect. Why do Korean promos as opposed to ones w/ subs?

"Poltergeist was the first horror film that freaked me out and I remember a little girl going "They're here," and that gave me sleepless nights."

"I loved first of all the whole Babadook dook dook thing and it's not a very sophisticated reason to love it but I like that these psychological thriller is wrapped in this kind of ghost in your closet story. And I also really appreciated that we didn't see too much from the Babadook. And so you spend a lot of time just kind of creating the monster in your head."

"So this one's hard. Martyrs caused me the most like psychological harm, and for that I pay for its respect. I don't recommend anyone to watch it cause it a tough one. Jordan Peele gave me these 10 films to watch for in preparation for Us, so I was doing my homework and that one came with enter at your own risk text and he recommended I don't watch it. After he recommended it, I did watch it and then I said Jordan you said watch it but now you told me so I dared myself to watch Martyrs. And then I watched and then I wrote to him I should've never done that and you should've never recommend I watch it in the first place." 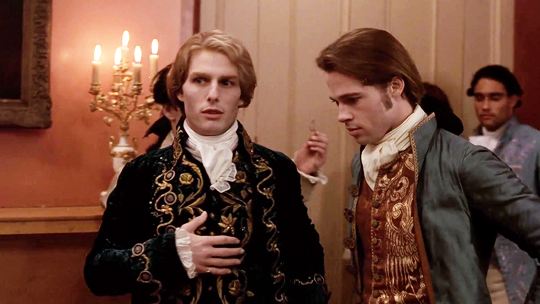 "Is Interview with the Vampire considered a horror film? Yeah and I don't even really remember what's it about. I watched it a long time ago but I remember the vampires were very beautiful, and I liked that. They were eye candy. Brad Pitt, Tom Cruise eye candy."

"Train to Busan is extremely visually beautiful and I'm not keen on zombie films, but this one the heart of this film is the story of a father and a daughter that is so precious and we never lose track of that storyline, and that arc in the midst of all the craziness going on. And its just such a sophisticated zombie film and each character all the ancillary characters are specific and rich. Every time you lose somebody it costs you, and you know I really love investing in a whole group of people and then having them dwindle down to the very last one. It's just such a remarkable story."

ONTD, do you agree with most of her list? Also got to add Audition (1999) in there as well. Any favorite horror films?