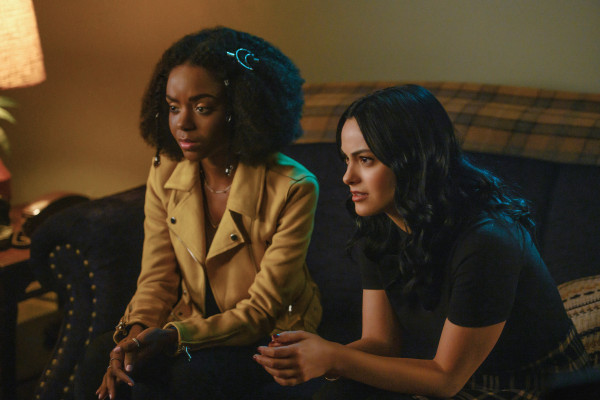 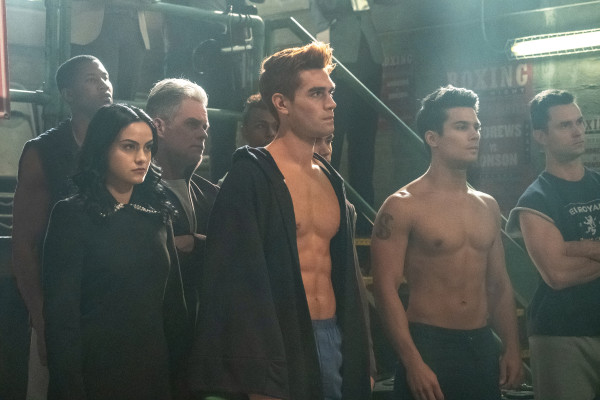 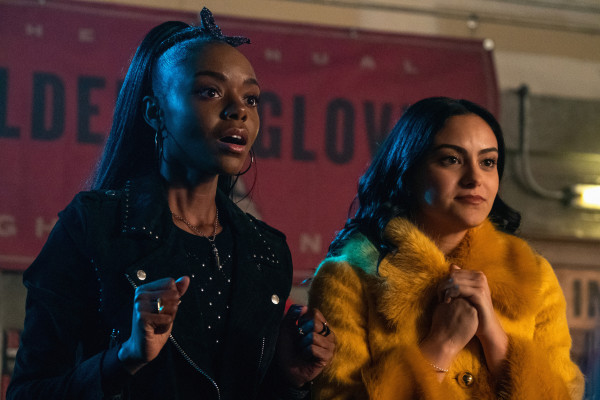 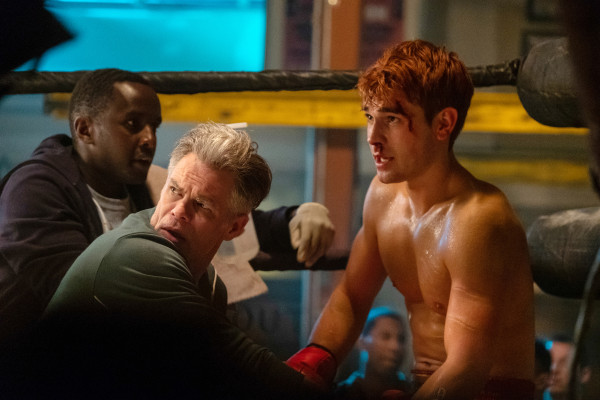 REMATCH — When a tainted batch of fizzle rocks (justice for Jingle Jangle tbh) makes its way through Riverdale, the Jones men investigate to find out who’s responsible.

After asking his ex to help get him into an upcoming boxing tournament that's presumably run by shady Elio, Archie quickly learns he's in over his head for the hundredth time as his current gf Josie cheers him on. Whatever dubious lesson he learns will be forgotten.

Fred and Kevin (whose father and cult husband are involved in Archie's boxing plot) also show up in the episode. Miraculously, no Lodges with the exception of Veronica. No Reggie as Charles probably started filming Bad Boys 3 on a more regular basis at this point in the season.

------
The Katy Keene pilot has wrapped filming, but there were plenty more shots of the cast filming.

Zane Holtz is Ko Kelly, Katy Keene's boyfriend who dreams of fighting for a welterweight championship in Madison Square Garden and marrying Katy. The character is described as a humble, protective, salt-of-the-earth guy who currently works as a personal trainer and a bouncer to make ends meet.

Katherine LaNasa will plau Gloria Grandbilt, a personal shopper at the luxury department store Lacy’s, which Katy works at. She's loaded and expects a certain level of excellence from her personal assistants.
------
They held their wrap party before they started filming the season finale later in the week. Melton wrapped before filming so don't expect any Reggie in the season finale. Also, Mark has also wrapped as revealed on a recent episode of Live with Kelly.

------
One of the writers had a Twitter Q&A, and some of his answers weren't useless while others are typical from what you'd expect of this writing room

The Lodges were adept runners (controlled routes up and down the northeast). The Blossoms produced. When the Lodges agreed to allow the Blossoms to move their product, they demanded a tithing. The Blossoms agreed, and the contract withstood.

I think it's absolutely something we could explore in the future.

Toni Topaz's backstory is definitely one we'll continue to explore in future episodes.

------
KJ has also been in the studio recording with his band