ONTD Investigates: Where is Britney Spears?

It has been 78 days since Britney Spears announced the postponement of her second Las Vegas residency, Domination. Britney (aka Larry Rudolph) has only been present on social media one more time with a post celebrating the 20th anniversary of ...Baby One More Time and has been silent on all other fronts with her profile pictures being replaced by the BOMT cover and headers replaced with Rainbow Fantasy ads (which has still yet to be found in North America or Britney's online store). Meanwhile, stans have been filling the void with the press that has followed since the Domination cancellation and trying to decipher where in the world is Britney Spears?

Since the announcement of her hiatus, our Target-running queen has only been seen on camera twice.

Once, getting a milkshake at a mall by herself:

And another driving her car, through the In-N-Out drive-thru with boyfriend Sam Asghari: 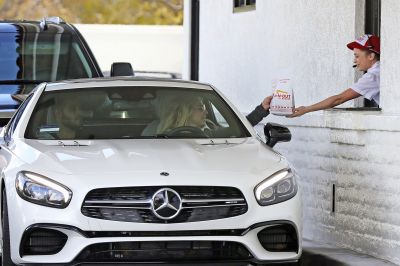 As the B Army knows, Britney rarely drives herself anywhere and has said in the past that driving her car is a very freeing experience.

As ONTD previously reported, Justin Trantor has reportedly signed on to executive produce Britney’s next album. Then, earlier last month, Danja tweeted hinting that he would also be involved with #B10.

Welcome to the jungle


This was followed by a picture of the two together, leading fans to speculate if Blackout 2.0 might actually be coming.


However, Britney's team has since denied that she is working on any new music.

ONTD also previously reported that Andrew Wallet, Britney’s co-conservator had resigned which leaves Jamie Spears, Britney’s father, as sole conservator. During this time, a Britney podcast began their own investigation and found that there were some red flags. According to court documents obtained by one of the podcast hosts, Britney filed her own declaration to the court, which has never happened throughout the entire conservatorship. This has lead to speculation that Andrew Wallet had been mismanaging Britney’s finances and Britney found out, causing him to resign and her to file her own declaration of urgency. 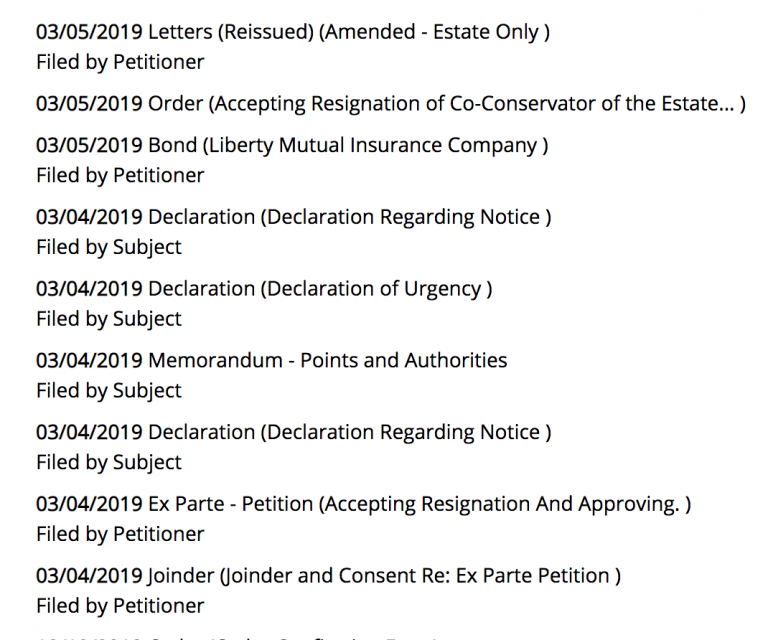 The podcast also explores the shadiness of Lou Taylor and her involvement with Britney’s conservatorship - definitely a recommended listen!

As always, Team Britney is always looking for the next place to score an extra dollar. Last weekend, a new shirt showcasing the same recycled “nostalgic” design appeared in time for St. Patrick’s Day!

As Jamie has reportedly gone in for another surgery at the beginning of this month, there have been the usual reports that Britney wants to get married/have a baby with Sam, but her dad has not approved of either of those.

Blind items also began to swirl around that were revealed to allegedly be about Britney’s sobriety:

“Without that strict oversight she is used to having, the times this permanent A list “singer” has been drunk has increased ten fold over the past month. Someone needs to step in now before it gets out of hand.” (source)

And finally, this week Britney was sighted using the washroom at a PR firm by a Twitter gay who shared some TMI information after being asked for details.

BRITNEY SPEARS IS IN MY OFFICE IM pic.twitter.com/stOfWuqtnI

incase anyone wants to know, ur fav’s pee color was green. she didn’t flush & now we’re all concerned NDJDJDSJ

Y’all needa stop blowing up my DMs lmfao no she did not look pregnant, she did looked like she was medicated or something tho. Idk why she was there. She came to use the bathroom. I think her management is on my floor. I just work for a PR firm. now leave me alone, I an Ari stan!

ONTD, what are your theories about Britney's whereabouts? Do you think that she's spending time out of the spotlight with her family or do you think that there is more to the story than what is in the press? Is B10 coming or will it be scrapped?

Side note - this is my first post ever so please forgive me if it's a hot mess.