Chris Hemsworth befriended a tiny marsupial, a macropod in the kangaroo and wallaby family? Cool. Let’s talk about that back arch cause I have question! pic.twitter.com/FUV9im05F8

While recently taking a photo with a cute animal, it was Chris Hemsworth's posture that caught people's attention what with his ass sticking out with the way he arches his back.

And then people went through other candid/pap photos of him and noticed a pattern of how he stretches himself out.

Maybe he's been stretching in this particular way earlier than 2014, but this was the earliest photo I could recall. Spending time with his daughter on the beach and playing around.

He's no stranger to the beach as he likes to surf a lot, and he likes to stretch before (or maybe after) doing so. This is from a beach trip in 2015. 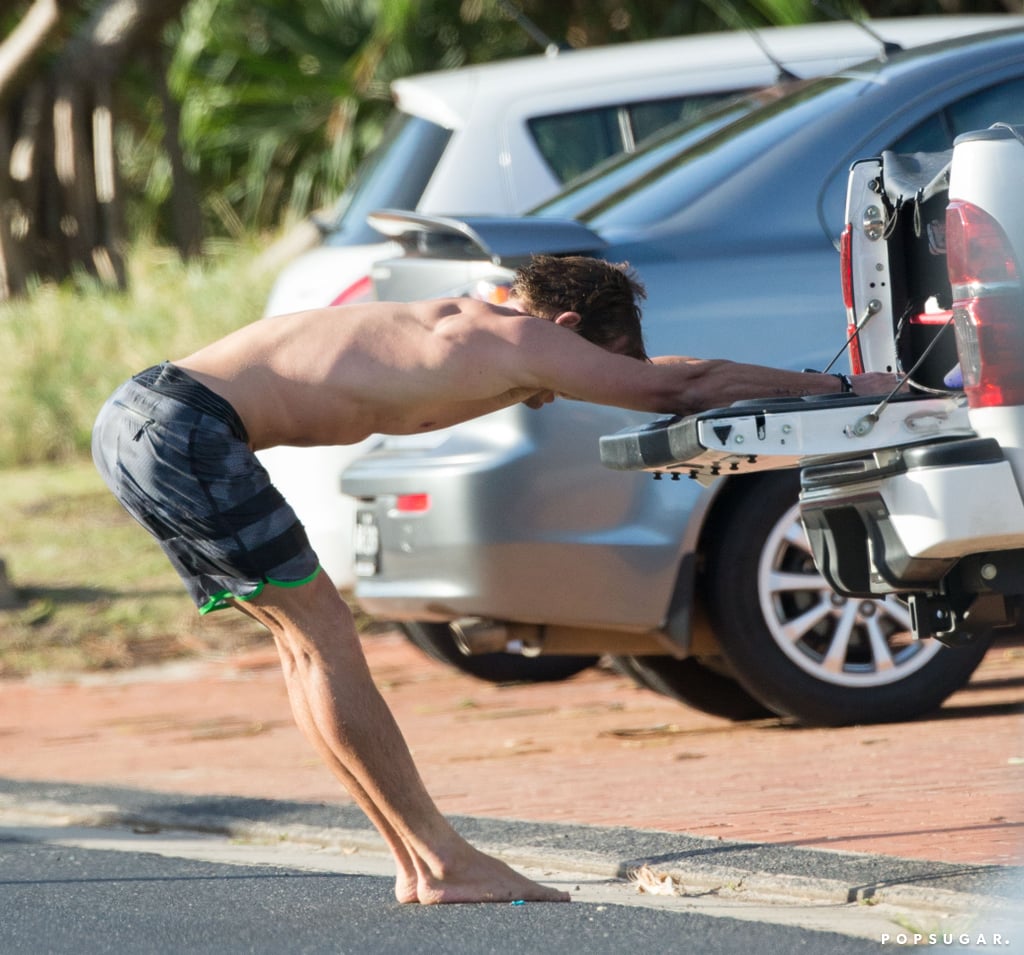 Back in 2016, people were also going gaga over the way he stretched himself out after a flight. 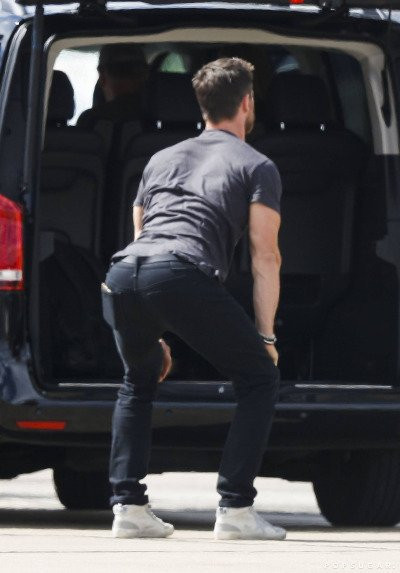 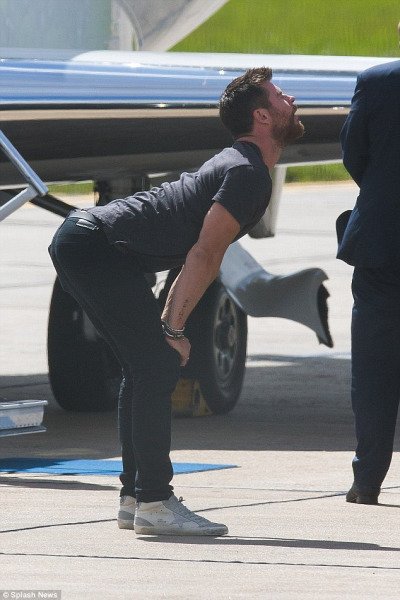 In 2017, he spoke with W Magazine about the type of stretching he does.

W Magazine: Do you do yoga or a have a specific stretching style?

Hemsworth: A little bit, yeah. I think yoga’s one thing that becomes a part of flexible in my lower back, which has been good for me. So I do a lot more Pilates, core. It’s tough. You can have a completely cosmetic muscle, or just complete sort of cosmetic bodybuilding stuff which is fine on screen, but I think a lot of times it’s about next level is when you can tell its function when people move differently, and it suits out lifestyle better. I feel with all the sort of back problems and knee problems and whatever, the more I kind of moved and had a larger range of motion, a lot of those issues with kneeling, certain joint pains were tended to dissipate the more I kind of...larger, more versatile sort of training.

Other stretches from years I can't place

chris hemsworth stretching will never not be amazing pic.twitter.com/kcVNP7Llc7