After much buzz and anticipation, Aidy Bryant's Shrill premiered today on Hulu and got rave reviews.

Based on the Lindy West's novel of the same name, Shrill deals with Annie, a young adult woman who stops paying attention to her weight and starts focusing on being a powerful confident woman, that includes breaking up with a crappy boyfriend-ish, standing up for herself at work and being all-around a badass. 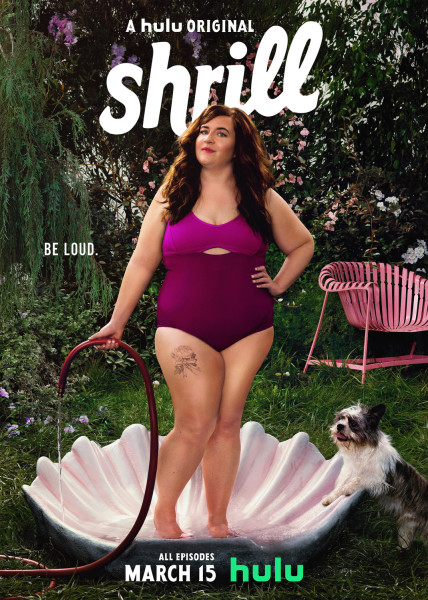 Shrill's first season is made up of six episodes lasting about 25 minutes each and the cast also includes Luka Jones, Ian Owens, Lolly Adefope and John Cameron Mitchell. The show is executive produced, among others, by Elizabeth Banks and Lorne Michaels. The show premiered earlier this week during the South by Southwest Festival.

Ahead of the premiere, the show has gotten great reviews from different outlets including Variety, IndieWire and The Hollywood Reporter, among others. Metacritic's current score for the show is 74 based on 22 critics.


Shrill [74] Hulu Friday: https://t.co/JWMze4CIez
Sepinwall: "Laugh-out-loud moments are few (often coming from the idiocy of Ryan or the smarm of Gabe), but before long you’ll be smiling as broadly as Annie." pic.twitter.com/skwsjBrD8Z