Johnny Depp fans are distorting facts to prove his innocence 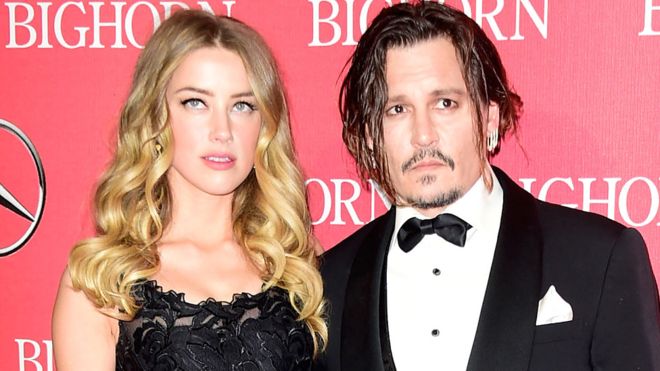 Johnny Depp is trending on social media with thousands of tweets currently going viral where his supporters are rejoicing after a fan account declared Amber Heard abused Johnny Depp, and that she supposedly lied under oath about him ever attacking her. (These allegations stem from the defamation lawsuit Depp filed this month against Heard.)

In the biggest example that started the bandwagon declaring his innocence, a fan referenced Depp's bruised eye, and an accusation that Heard at one point sliced his finger. (even though it was previously reported he cut the finger off himself)


This is what #AmberHeard did to #JohnnyDepp. She's the monster who abused her husband and her previous partner, who was arrested for domestic violence, who confessed under oath to a series of violent attacks on Johnny Depp. Stop defending and glorifying this female abuser! pic.twitter.com/hdgHiHCHDb

i feel TERRIBLE for what johnny depp has gone through and i feel terrible for the way i and the media have treated him because we believed amber heard’s story. fuck amber heard. people like her make me sick. fucking psychopath. the world owes johnny depp an apology.

Johnny Depp got his name dragged and had his movies boycotted for abusing his girlfriend when SHE was abusing him.. He was the victim and stayed silent this entire time while people blamed him. Y’all owe him the biggest fucking apology.

So for about a year the internet tortured and boycotted Johnny Depp based on rumors that he abused his wife.

Turns out he didn't. not only that, but it turns out his wife abused HIM. He took the fall to protect his abuser and y'all crucified him.

I remember reading the pain Johnny Depp felt knowing that people looked at him and saw an abuser - I’m glad he is finally getting justice... Also it looks like we might need a new Mera 😳 pic.twitter.com/kzx95XQmHq

"Evidence" they're using against Amber from the court documents:

Amber Heard CONFESSED to a series of violent attacks on Johnny Depp. pic.twitter.com/JsTCILXT0W

Incase you wondering why Johnny Depp is trending.

It has been revealed that his ex, Amber Heard who got him arrested for domestic violence has confessed under oath to a series of violent attacks on Johnny Depp.pic.twitter.com/oQZmNOYjL1