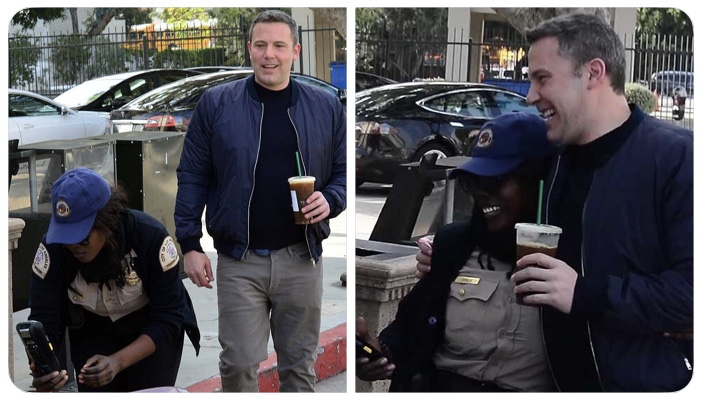 Yesterday when leaving a Starbucks in Brentwood, Ben Affleck was ticketed for an expired meter and when he walked out he saw that he was in the process of getting a second citation for expired tags on his Chevy Chevelle SS. No hard feelings here however, the former Batman factor was all smiles and even hugged the parking enforcement officer before driving off. But before he left, she told Affleck, “You look better in person.” You can see a video of the exchange at the first source & more photos behind the cut.

Ben Affleck has been fined by the police because he forgot the parking ticket (26/February/2019) pic.twitter.com/J9ebtFQnk0

ONTD, have you gotten any parking tickets lately?