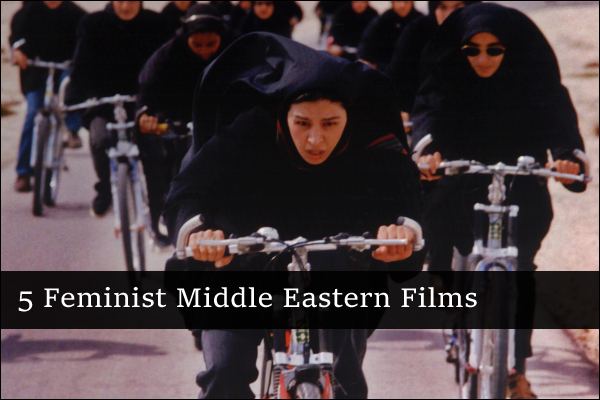 The Day I Became a Woman (2000) dir. Marziyeh Meshkiny 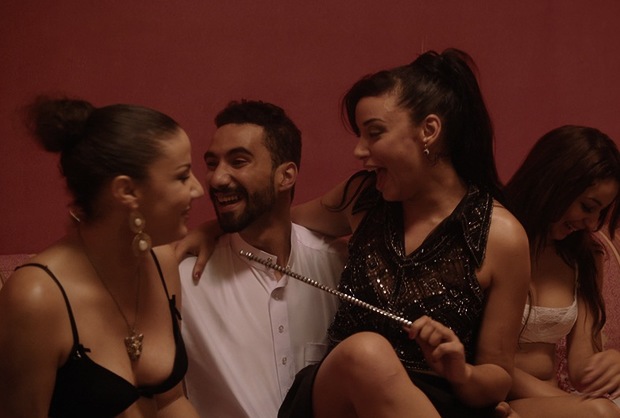 Much Loved is a social drama about four prostitutes in Marrakech, Morocco. Nabil Ayouch, the French-Moroccan director, interviewed hundreds of prostitutes while writing the script. The film isn't without its flaws, but is extremely important to challenge ideas of sex work and brutally displaying the devastating lives of marginalized women in MENA (Middle Eastern-North African) countries.

The film is banned from Morocco for "serious contempt for moral values and Moroccan women" and for "flagrant violation of the Kingdom image"(1). Loubna Abidar, the actress of the main character, was violently attacked and continuously harassed with death threats for appearing nude in the film, and subsequently left her country for France(2). 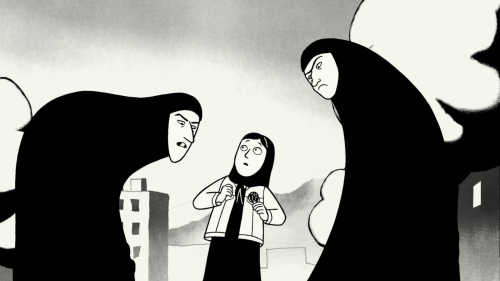 Persepolis is a 2007 animated drama about an Iranian woman looking back at her childhood as she experienced the Islamic Revolution in Iran in the 70s.

The film is based on a graphic novel of the same name, written and drawn by Iranian woman Margane Satrapi.

The animation alone is gorgeous, and the story is deeply moving as you follow the young Margane navigate her culture and move to another to stay safe from the war in Iran. She reflects on her country's history and her own cultural identity.

The film was banned in Iran, save for a limited number of (censored) screenings following the films release(3). Mustang is about five sisters in a conservative Turkish village. They are caught playing with boys, and their family begins to arrange marriages in order to preserve the girls' "indecent" actions.

As depressing as the film sounds (and it is depressing) make no mistake, there is a youthful, hopeful energy to it that will (hopefully) stop you from balling your eyes out for these girls. Another film that has its flaws, but should not be underestimated in its historical significance. Wadjda marks two huge firsts: (1) It is directed by the first female Saudi film director, Haifaa Al-Mansour, and (2) it is the first full-feature Saudi Arabian film shot entirely in Saudi Arabia.

The film follows a young girl, Wadjda, who participates in her school's Quran reciting competition to spend the prize money for a bicycle.

Wadjda is so important, because it shows the viewer first hand may of the difficulties and injustices of being a woman in Saudi Arabia. Wadjda is another film on this list with more of a hopeful tone to it. There are sweet and funny moments to balance out the gut-wrenching ones.

While the film is internationally acclaimed, many Arabs didn't like it, saying the film depicted Islamic society under an unnecessarily negative light. (Source: I'm an Arab living in the Middle East.) 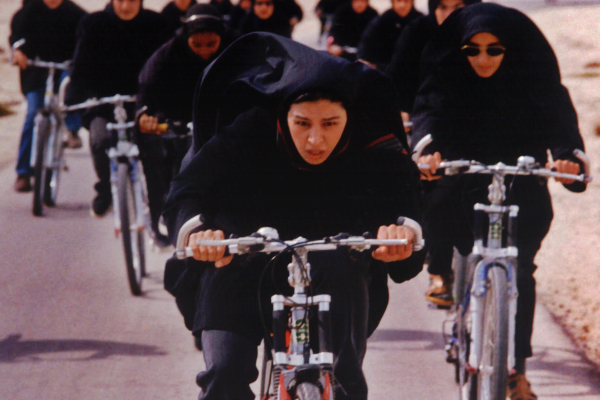 I don't know what I could possibly say about The Day I Became a Woman that could due it justice. I simply can't speak highly enough of it. Oh well, here goes...

This film is told in three different 'chapters'. First, a girl is about to reach the age of nine and must wear the hijab when the clock strikes twelve. Second, a woman participates in a bicycle race against her husband's will. Finally, an elderly woman indulges herself in buying things she had always wanted.

If you care about this topic at all, please watch this film.

Note: Please keep in mind that all these films are intense. I am an Arab woman and I am so glad these films exist and love them fiercely, but I made sure I was emotionally prepared before watching every one of them. Even re-watching them is difficult. I want to mention this because I didn't say it in the "sensitive content warning" as this applies to all of them. Enjoy and take care.