This is NOT the episode that returns next week, but the one after (airing first week of March). 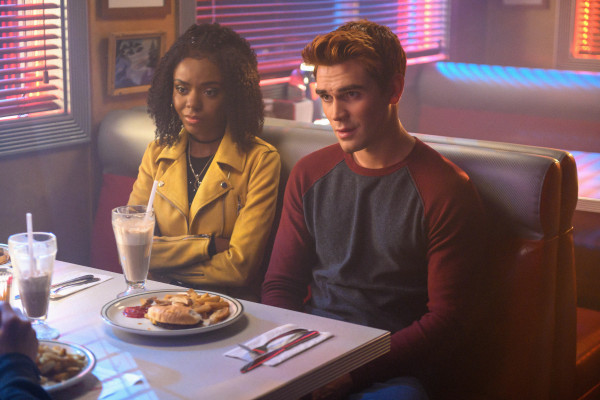 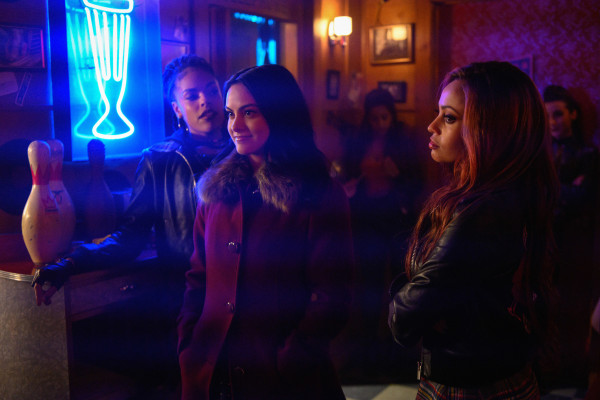 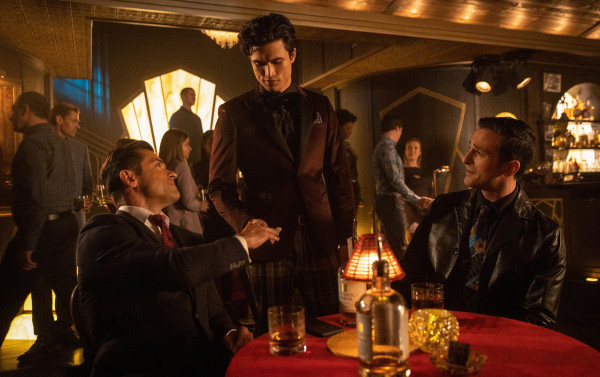 Betty deals with The Farm after they've set their sights on Kevin. Hiram and Gladys’ control over Veronica drives her to try and turn the tables. Archie meets a runaway at the gym, and Jughead is losing his grip on the Serpents.

Directed by Marisol Adler and written by Aaron Allen
---


FP's turning 50 because RAS can't do math, the other writers are enablers, and time isn't real in Riverdale

HAPPY BIRTHDAY, FP — As Gladys prepares for FP’s 50th birthday party, Jughead questions his mom’s motives for returning to Riverdale. When an unexpected encounter brings Archie back into the world of G&G, Jughead and Betty devise a plan to help him face his past head-on. Finally, Cheryl and Toni find themselves at a crossroads, and Veronica reveals a damaging secret to Betty.

Directed by Gabriel Correa and written by Roberto Aguirre-Sacasa. Original airdate 3/13/2019.
---
Camila had previously posted about doing a costume fitting for 3x18 that just involved a towel and then recently we see that Elio, who has shown up and spoken more than Melody ever did, will also have a towel scene.

Idk if Cami was joking or not but she said this towel was her costume for the day on set and she’s filming with the guy who plays Elio, the business rival of Veronica’s. 🤔 #Riverdale It’s totally possible that I’m an idiot and didn’t realize she was joking but maybe not? pic.twitter.com/yTZd46QUcx

We're gonna see Mad Dog again?! This is what I deserve. pic.twitter.com/C1jx3VwZ0m

Meet Ginger Lopez and Pepper Smith! So excited to welcome @JonnyBeauchamp and @juliacchan to the #Archieverse! They’re chasing their dreams in NYC with Josie and #KatyKeene! pic.twitter.com/amrj7DO7dy

Johnny Beauchamp (Angelique from Penny Dreadful) cast as Jorge/Ginger Lopez. Working at the family bodega by day, bartending and performing by his drag alter ego Ginger at night. He wants to be on Broadway and take his drag career to the next level.

Julia Chan (Saving Hope) cast as Pepper Smith an "It Girl". Constantly the life of the party, she's dreaming of opening her very own version of Andy Warhol’s Factory. But where does her money come from? She's probably a scammer based on the character description.
---
Several actors, past and present, attended Teen Vogue's Young Hollywood party where KJ and Rob's band also performed

---
And it turns out Casey and Charles DIDN'T sneak into that Vogue photoshoot about up and coming stars and were totally actually invited.

Melton on The Sun is Also a Star and Bad Boys 3: “So I called my agents about the [The Sun is Also a Star], bought the book, and read it in two days. Flash-forward ten months later, and I’m filming it in New York [...] I still can’t believe [I'm part of Bad Boys 3]—I loved the first two Bad Boys so much growing up. It’s the kind of thing you only dream about.”

Casey on not being broke anymore and being drawn to the performer's life: “I no longer had to call my mom Saturday afternoons asking if she could Venmo me $20 for the wi-fi bill [...] I definitely enjoyed being in front of an audience, making people laugh, and telling stories, so when I realized I could do all three at the same time, that was it. I just wanted to perform all day, every day. I’m very excited about what’s to come over. I never wanna lose the joy, passion, or even appreciation for how much fun it is to do what I love.”
---
KJ (in association with Bumble) did some volunteering that raised money for the ASPCA. Really just an excuse to look at some cute puppies

---
In response to the rumors that the Jonas Bros are reuniting, Haley posted a fun throwback picture of when she met them. Apparently her 15-year-old bf at the time got jealous and mad and told her: "go be with Joe Jonas if I was gonna smile that big in the photo"

soooo the Jonas Bro's having a reunion tour or what? pic.twitter.com/VjVL6hmjbr 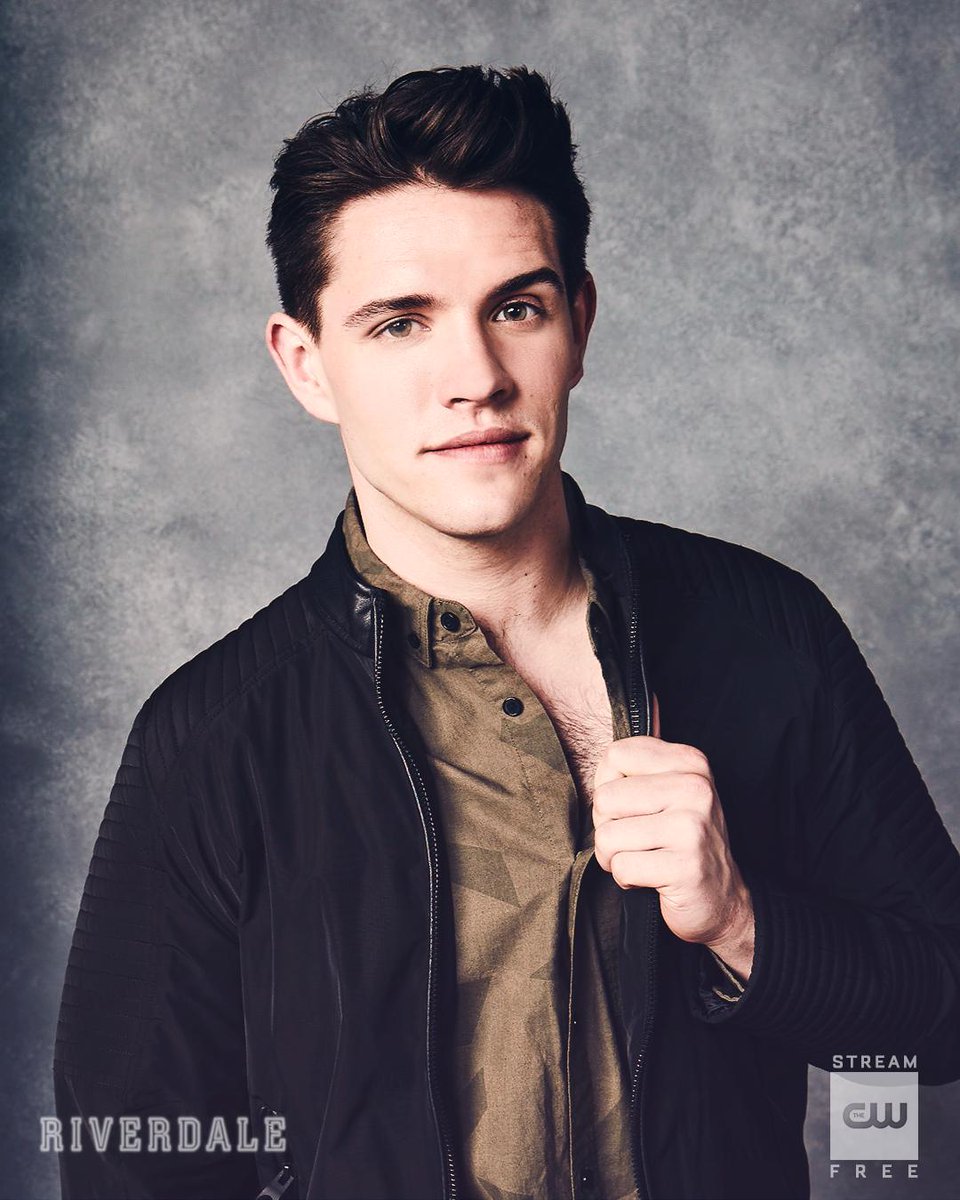