Del Rey cited Lou Reed as an inspiration before, and even gave a shout out to his name in "Brooklyn Baby".

"He doesn't mind I have a flat broke down life
In fact he says he thinks it's what he might like about me, admires me
The way I roll like a rolling stone"

- Off to the Races

Again keeping up with the 1960's references.


"Spotlight, bad baby, you've got a flair
For the violentest kind of love anywhere out there
Mon amour, sweet child of mine
You're divine"

Producer Rick Nowels is a frequent Lana collaborator, and this lyric is a tie to his other collaboration with the New Radicals in the song "You Only Get What You Give".


"I can hear sirens, sirens
He hit me and it felt like a kiss
I can hear violins, violins
Give me all of that ultraviolence"

A controversial use of the song, but a few years later Lana shifted her perspective looking back on the time she used it.


"The power of youth is on my mind
Sunsets, small town, I'm out of time
Will you still love me when I shine
From words but not from beauty"

Contrary to the obvious credits, Lana actually thought up the melody for "Old Money" on her own, until a producer noticed the similarities to the Romeo and Juliet song (a "Get Free" tea). So they decided to honor that. This lyric of centering around 'youth' might've came after or before realizing the commonalities in "What is a Youth".

Lana fans have been have been interpreting this Bowie reference in many ways, depending on if she's using it in her own perspective or reflecting on Bowie's own life and his relationship with his brother Terry in the song title as well.

Lana cites The Beach Boys as an inspiration and one of the few musical acts she listened to in her childhood.

"Then, we dance on the H of the Hollywood sign, yeah
'Til we run out of breath, gotta dance 'til we die
My boyfriend's back
And he's cooler than ever
There's no more night, blue skies forever"

There is a running 60's theme through Lana's career and especially prominent in the Lust for Life music videos.

She gave sort of a vague explanation of the use of 'peaches' in LFL, so maybe she wanted to rhyme along with other plants like in this Simon and Garfunkel classic. She also covered "Scarborough Fair" with "Cherry" in her live performances.


ONTD - Have you noticed any song nods from other artists that stuck out to you? 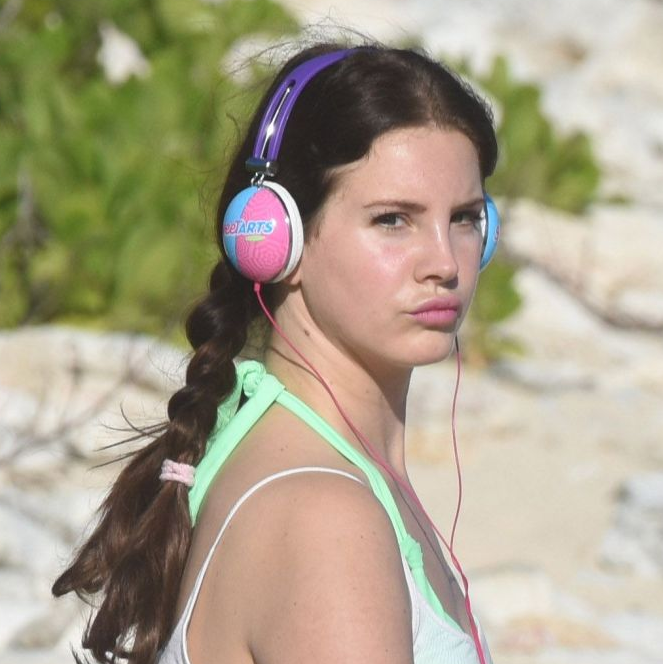