Cardi B won Best Rap Album over Mac Miller and Ariana tweeted "trash," "bullshit," "literal bullshit," and "THEY INVITED HIS PARENTS OUT. NO."

Apparently it's important to clarify that she clarified after that the win was great for Cardi and she was not referring to her as trash.

ariana’s tweeting on how it was bullshit that mac didnt win and i FEEL THAT (she deleted the tweet though) pic.twitter.com/K4DoGx3zsZ 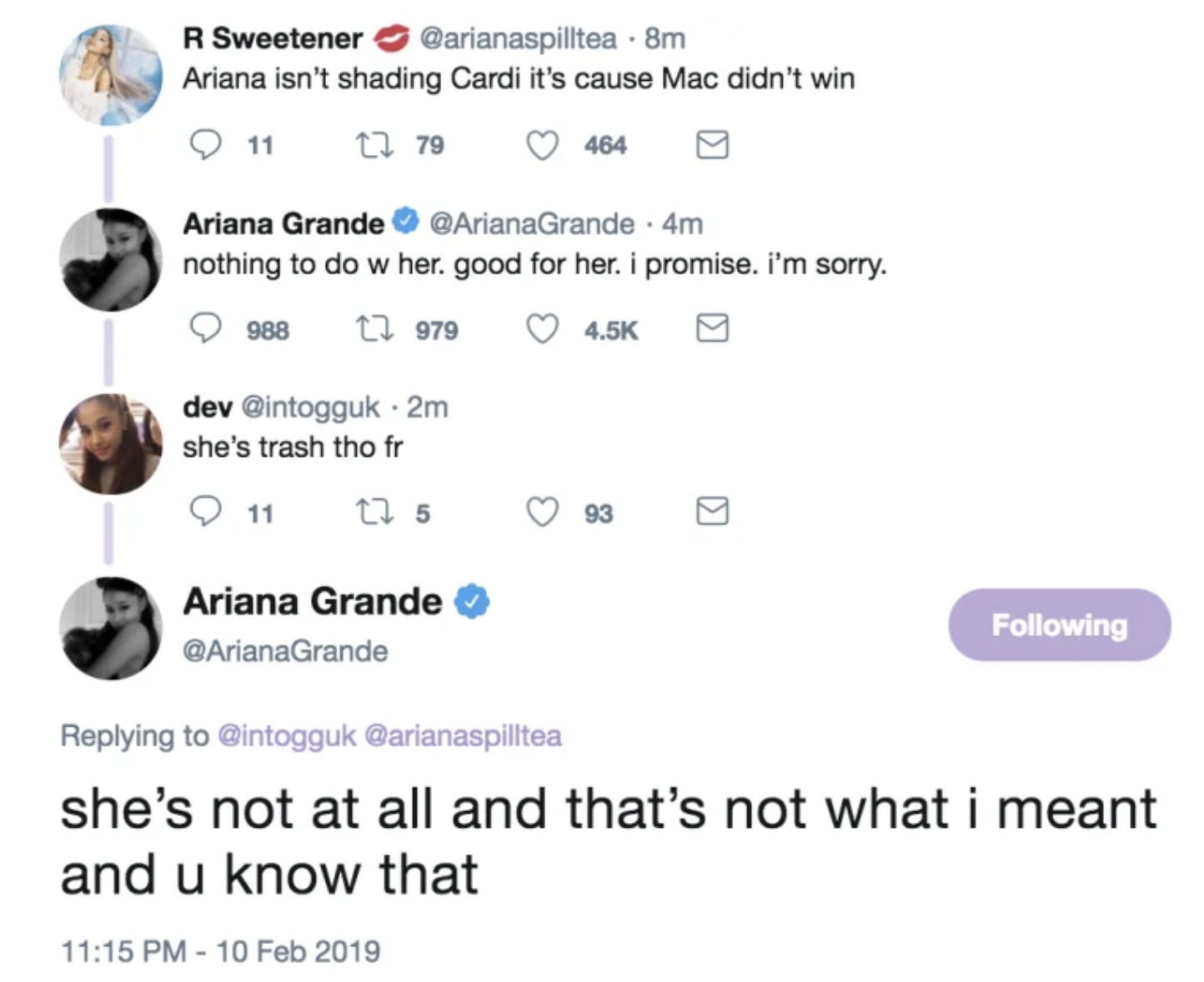