ONTD ORIGINAL: Drama in the world of famous authors 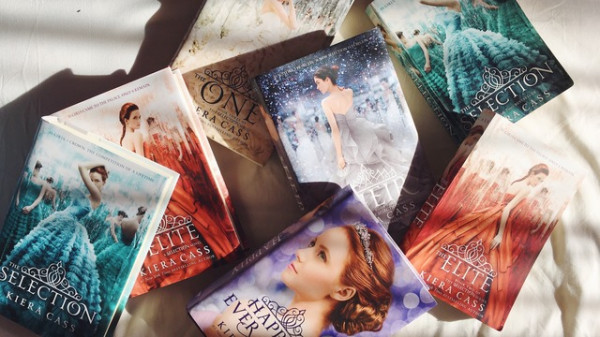 Recently I came across the controversy surrounding the book series The Selection and it made me remember some of the drama that surrounded authors of other popular novels so I decided to make a post in hopes of finding out some more juicy stories.
1. Cassandra Clare- The Mortal Instruments
She's the author of the popular series of books called "The Mortal Instruments" who she based on her own Harry Potter fanfiction "The Draco Trilogy"  which plagiarised Buffy The Vampire Slayer, Blackadder, The Secret Country (book by Pamela Dean) and more. When she became a published author, she changed her pen last name from Claire to Clare so she would avoid the general public googling her and finding out about the plagiarism and why she was banned from fanfiction.net. She had her lawyer friend threathen people who called her out on her plagiarism, called the police on people who disagreed with her, tried to get a girl kicked out of her University...Here's an old ONTD post about it: https://ohnotheydidnt.livejournal.com/73559683.html

2. Kiera Cass - The Selection
Kiera is an author of a popular YA series of novels "The Selection" which is like a cross between The Hunger Games/The Bachelor but with you know, big pretty dresses and shit. When this book first came out, it had mostly positive reviews. Then one negative review appeared on Goodreads, giving the book 1 star. Her agent called the reviewer a bitch on twitter and she and Kiera publicly discussed voting up all the positive reviews to bury the negative one. Here are the screencaps: https://www.goodreads.com/review/show/231455953?page=6#comment_43376093. The rating for her book dropped a lot but then it quickly surpassed 4 stars again which people found shady. Some authors even defended Kiera saying that it's really hard to write a book and really easy to write a negative review and influence other people's perception, especially if the person writing the review isn't an aut
hor themselves. Then another lengthy negative review appeared and it is currently sitting at the top of the comment section for the first book. The series was supposed to be a tv show and they filmed a pilot for CW one year, but CW didn't pick it up, then they filmed another pilot a few years later with Petra from Jane The Virgin as the star, but that wasn't picked up either, so now there's supposedly a movie in the works, but who knows.

3. Sarah J. Maas - Throne of Glass
This author was accused of racism in her popular YA novel series 'Throne of Glass'. She killed off one of the only 2 poc characters to prop the main white girl. The other POC character also got killed off. The rest of her characters are white. Also, she had a disabled character in the book that just disappeared later on. She was asked about this during one Q&A and didn't give a response.

4. Tomi Adeyemi- Children of Blood and Bone
This wasn't that bad, it was just kinda funny lol. She accused Nora Roberts of stealing the title of her Ya novel "Children of Blood and Bone" because she named her book "Of Blood and Bone". Apparently, she asked in a private writers group if she should call Nora out and everyone told her she shouldn't yet she did it anyway. Nora Roberts responded in a very sassy way.
You can read Nora's response here: https://ohnotheydidnt.livejournal.com/113175623.html


1. Did you read any of these books? If you did, what are your thoughts?
2. Do you know any interesting dramas that went on in literary world? Share.