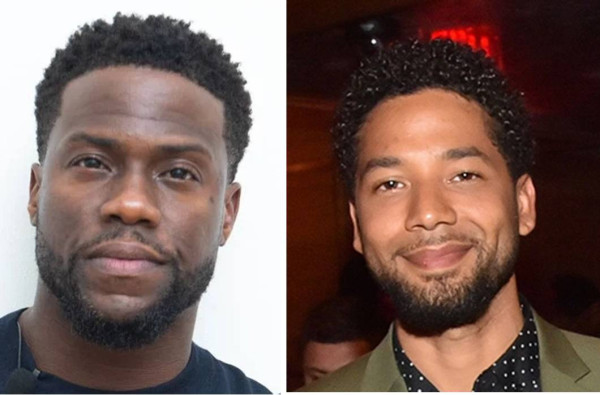 Kevin Hart, who was forced to step down last month as host of the upcoming Oscars after homophobic jokes he told in the past were brought to light, tweeted his support of Jussie Smollett after the latter was a victim of a homophobic and racist hate crime this week:

Sending prayers your way @jussiesmollett ....This is unbelievably sad. Why are we going backwards....this is disgusting. We as people have to do better. WTF is going on the world???? Why… https://t.co/G6vCnKPEhf

Operation spread love is in full effect damn it. I don't condone or believe in hate, infact I despise it. Hate makes me sick to my stomach...Its pointless. Cowards & weak individuals embrace it. I choose love...I love all of you. I challenge the rest of the world 2 do the same.

Some twitter users weren't having it, and accused Hart of insincerely using Smollett's ordeal to clean up his own reputation. Hart fired back:

I stand with a man in his time of hurt and need by giving him heart felt support and u take the time to harp on my 10yr past that I have apologized about and moved on from by being a better person. Do you want change? If so I am an example of what u want people to do...CHANGE! https://t.co/Ybbo8OYKTt

@ira I don’t condone hate...I never have. I stand with @JussieSmollett in his time of need. If u can’t see that then that’s YOUR problem. I’m doing my part by spreading what I would consider to be Love and by making people realize that this is WRONG! Have a beautiful day