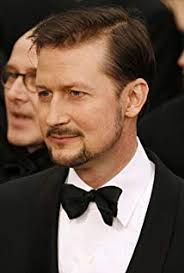 Oscar-Nominated Director/Screenwriter/Producer (and former actor from such classics as Twister, The Haunting, and Eyes Wide Shut) might actually be making another movie.
Hide quoted text

After 13 years of nothing except a bunch of very expensive advertisements and a ton of failed film and TV projects (Purity was the latest casualty due to Bond 25, but he was previously involved with numerous other adaptations and a Bowe Bergdahl movie that wasn't the Kathryn Bigelow one), casting notices have gone out for a potential return to cinema in 'The Creed of Violence'.

'The Creed of Violence' is an adaptation of Boston Teran's 2009 Mexican War-set novel about a smuggler and hitman who is intercepted by American law enforcement to use as bait in fishing out a vast criminal network spanning the US and Mexican border (and it's free on Amazon if you have Kindle Unlimited).

'The Creed of Violence' was actually originally projected to come out in 2014 with Christian Bale and Leonardo DiCaprio rumored to star, but the project stalled and fizzled.

SOURCE 1 2
I might be one of his few fans on ONTD, but people for years have been demanding to know when he'll return to making movies instead of high budget liquor commercials and Olympics spots for GE. And if you haven't seen his movies, please do. They're amazing.