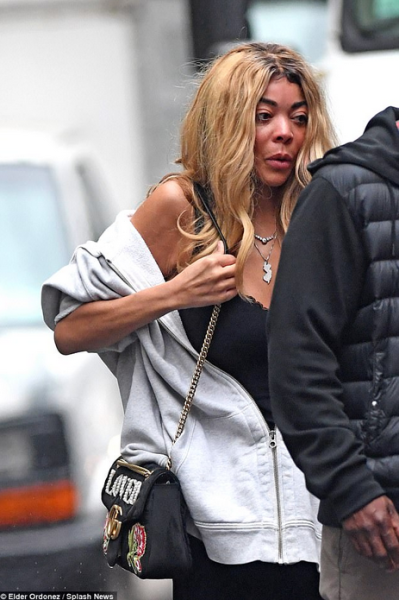 Wendy Williams' staff posted the following message to her Twitter account explaining that the 2019 return of her daytime talk show would be postponed for a third time, INDEFINITELY, as Wendy seeks medical treatment.

This announcement comes amid weeks of rumors that Wendy's shoulder fracture (for which she never provided an explanation) was caused by domestic abuse by her husband Kelvin Hunter--whose longtime mistress, with whom he shares a second home, is pregnant.

There is also speculation spurred by Wendy's slurred speech and spacey affect that her health issues extend beyond a shoulder fracture and Graves' Disease, and that she may have recently had a stroke. Some have suggested that Wendy, who has been open about her struggles with addiction, has been abusing prescription painkillers or relapsed to using cocaine, and her hospital stay is actually a stint in rehab.

More details can be found in previous ONTD posts under the Wendy Williams tag.

What do you think?