Most people get suspended for skipping class. Katy Perry was once suspended for making "pelvic thrusts" toward a tree that she was pretending was Tom Cruise. https://t.co/N2vCPGTXvF pic.twitter.com/IFqwPppdbI

Katy Perry revealed on Instagram that she was suspended from school (Santa Barbara Christian School) in 6th grade for humping a tree, pretending it was Tom Cruise.

Here is the text on the letter she posted:

"At the 2:00 p.m. recess, Katy and four other students were in an 'off-limits' area (behind the backboards) practicing a skit. Katy pretended that a tree was Tom Cruise and began making sexual motions (pelvic thrusts) to the tree. When Katy met with Mrs. Calkins, Mr. White, and myself, she was asked to describe or demonstrate what she had been seen doing on the playground in front of some other students. Katy chose to describe it. Her words were 'it was inappropriate' and 'like making out.' This suspension comes after she several incidents and a clear warning in a previous conference. On October 17, she was called into my office to discuss her use of inappropriate language ('pissed off' and calling 3rd grades 'brats') and using the Lord's name in vain (saying, 'oh my God'). "She has also admitted being previously involved in playing 'Spin the Bottle' and 'Truth or Dare' which resulted in students kissing on the cheek. She was told then that any more inappropriate behaviour would result in a suspension.

"Katy was seen by two teachers recently outside their classrooms doing the Macarena dance in which she made body motions with sexual overtones (described by one teacher as being 'like an exotic dancer'. "

"Katy has been cited twice for wearing 'crop tops' with her midriff showing. Mrs. Hudson has assured me it won't happen again." 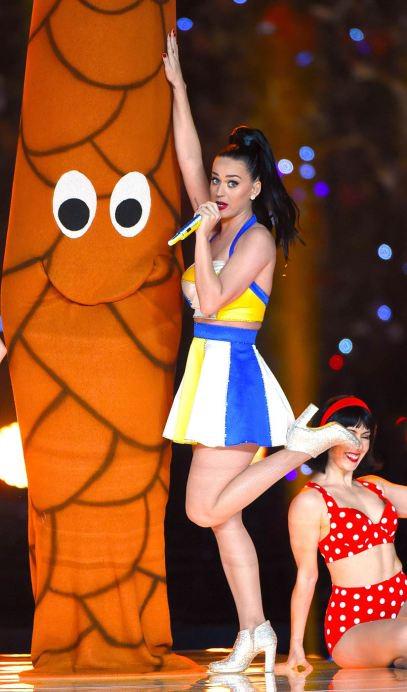