The long running CW show Supernatural which has gained some sort of cult following of very devoted level of fans who are not afraid to show you exactly how passionate they are if they feel slighted in any way are shouting assault and other worrisome words. This past Sunday as actors Jensen Ackles and Jared Padalecki were out enjoying a few drinks at some Vancouver bar a fan decided it was ok to ask for photos. Fans were ok with the photos, it was the video of a young woman(livlikar)and Jensen in which she dared and boldly gave him a peck on the cheek and made him try on her glasses. This...was not ok. As the screenshots below will show, fans were very confused, angry, calling the fan slurs, and some even resulted to quick fanvids edits of Jensen and Danneel (Jensen's wife).

Video that sparked a firestorm 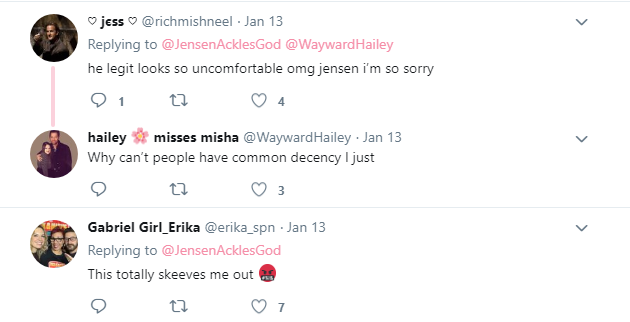 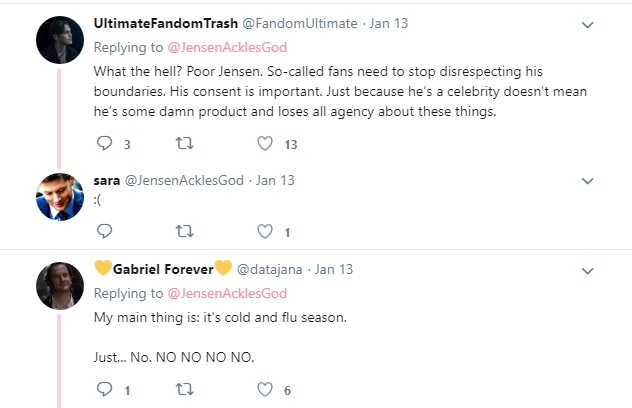 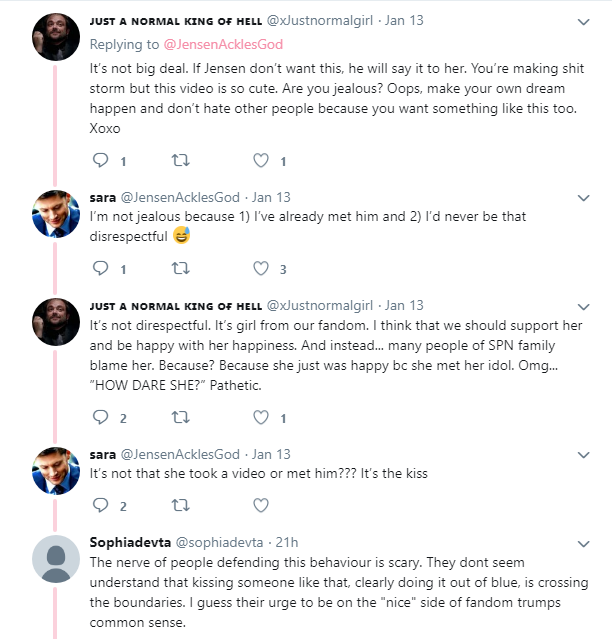 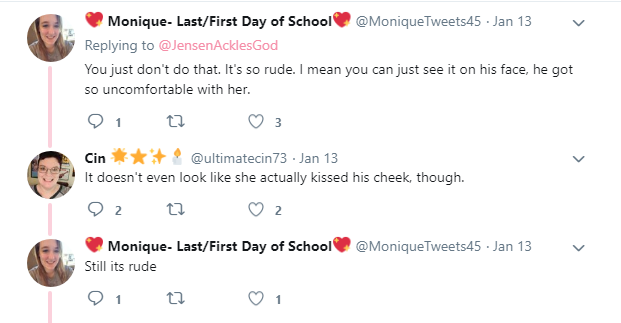 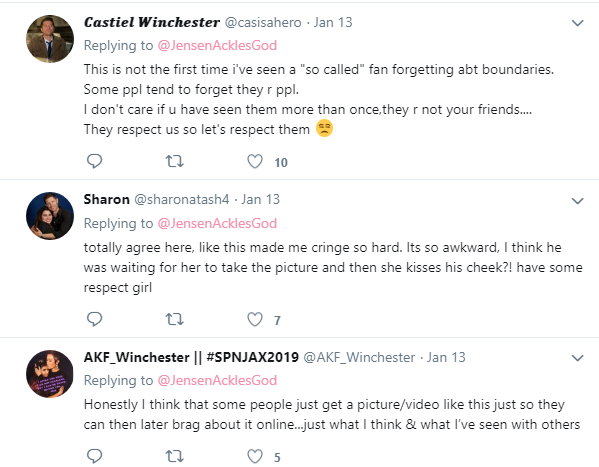 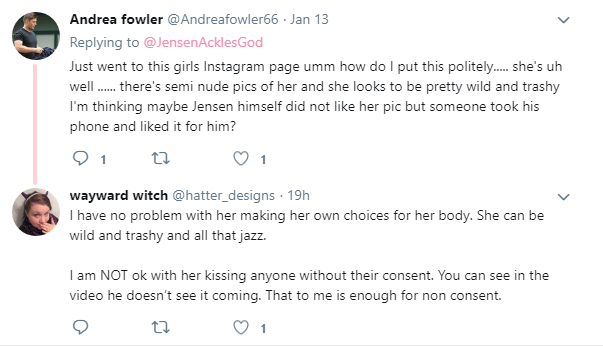 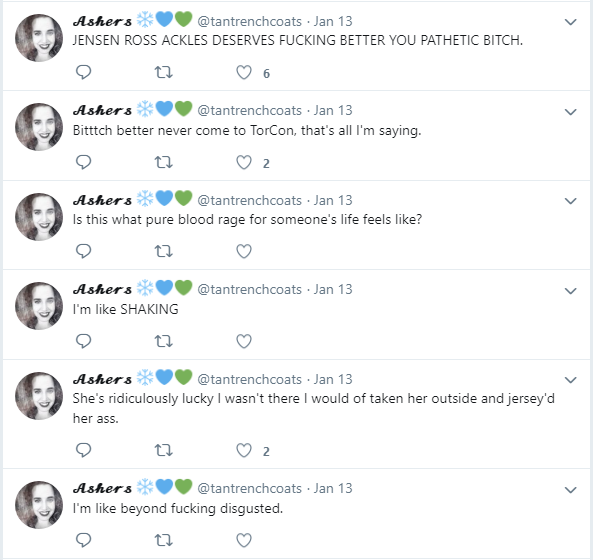 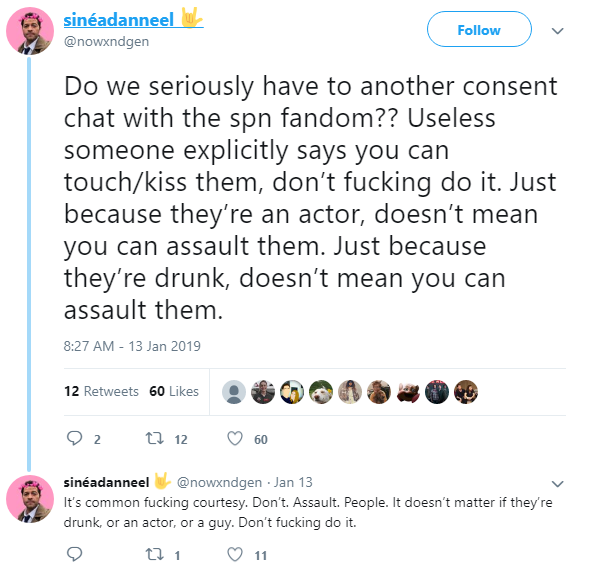 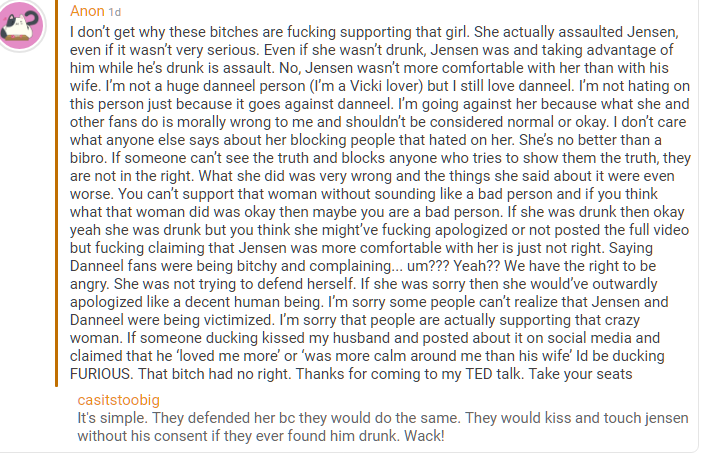 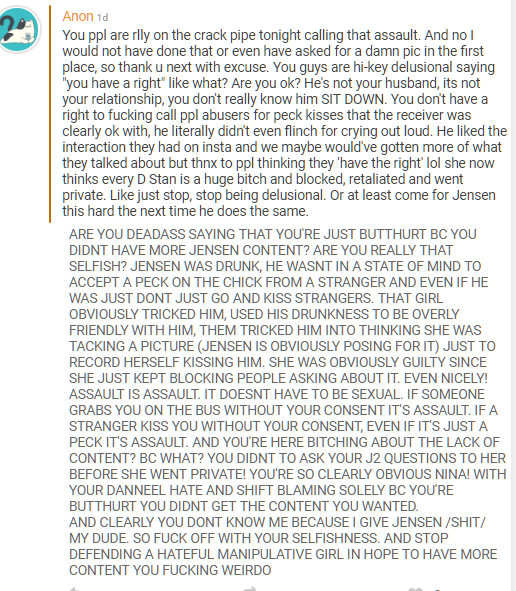 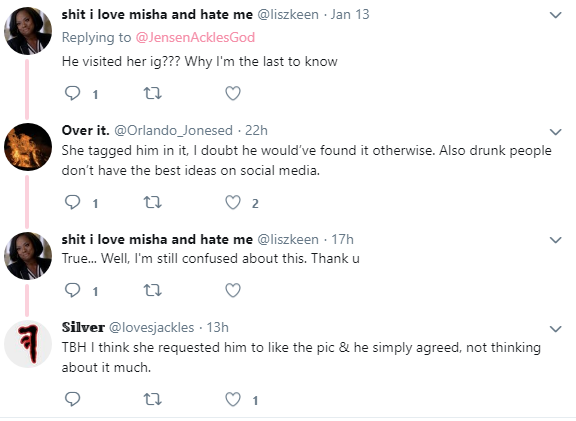 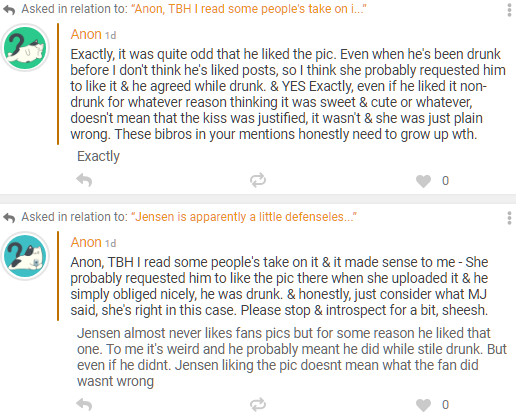 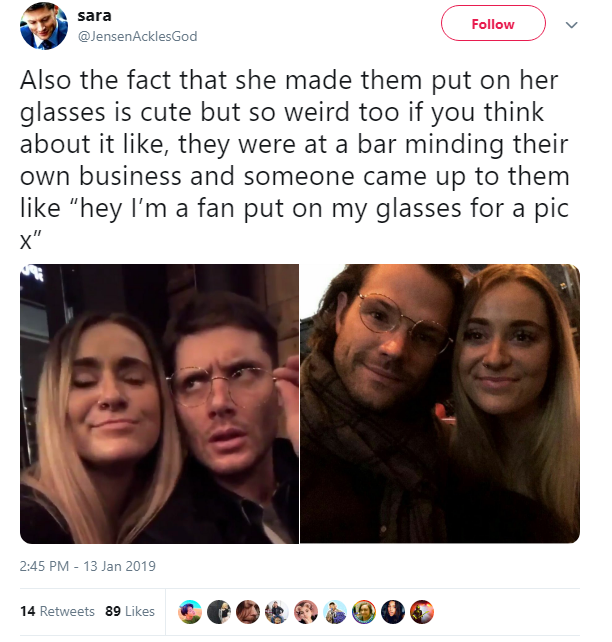 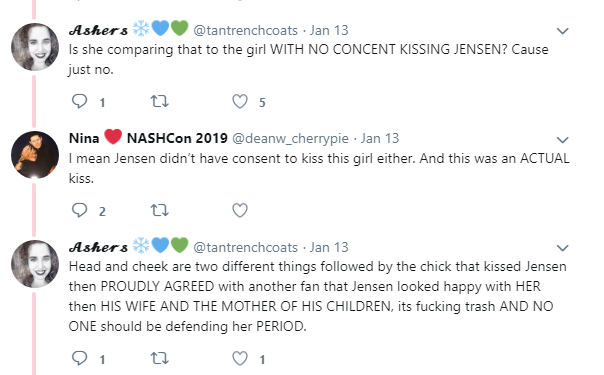 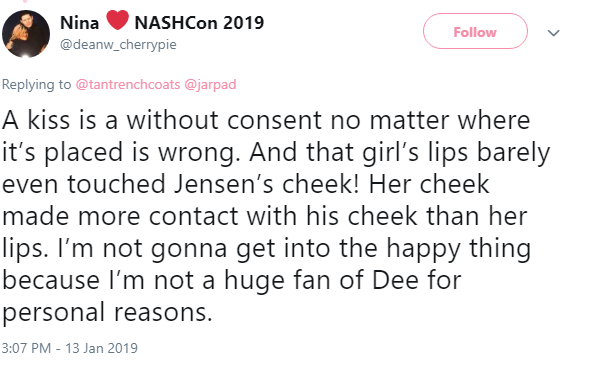 The fanvid edits some made to defend Danneels' honor

Look at how he’s waiting to be kissed by Danneel. And you girl had the audicity to say that he was happier with you? Fvck offpic.twitter.com/EbLWc3mO5F

Anyway they are in love pic.twitter.com/o1OcXz2Xy4

this? this is love.
if you’re saying he looks happier with you, a person he met that night, than his own wife who he looks at like she is his whole world, then honey i don’t know what to tell u pic.twitter.com/dVVBUSzATq

I made this in 10 minutes, ..i'm sorry it sucks but I love them so much okay bye pic.twitter.com/eXThPu81pK

Remember when Danneel sang to Jensen and he looked at her like she was the only person in the world that matters?
that's. true. fucking. love. pic.twitter.com/12vXJfO7J9

This is the only video that matters pic.twitter.com/jaZtC4Qnzj

anyway........ danneel makes jensen happier than anything and anyone else in the world pic.twitter.com/2ayaI05qpc


Some say they have every right to dislike this girl and call for her head in due to her liking/commenting a shady insta comment someone left on her page saying he looks "more comfortable with her than his wifey". 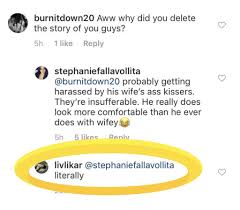 So, ONTD were the fans justified in their outrage? Or was it just another day in the Supernatural fandom?

p.s btw this is my first post so sorry for any screw-ups.