While on winter vacation from filming Riverdle, Lili Reinhart posted a picture of a couple about to get "frisky" on her IG stories. According to her caption, they were strangers to her. It struck some as hypocritical given how vocal she's been in the past about her own privacy.

Lili has spoken in the past about twitter trolls being akin to "evil 15 year olds" and in what might have been in response to people @ing her for the above behavior, she posted a set of Instagram stories to show how unbothered she is and how she's enjoying her vacation. Note that these stories also could have been apropos of nothing. OP's senses were getting numb trying to wade through this. 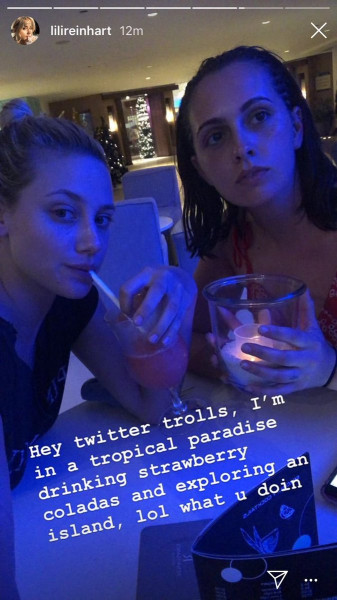 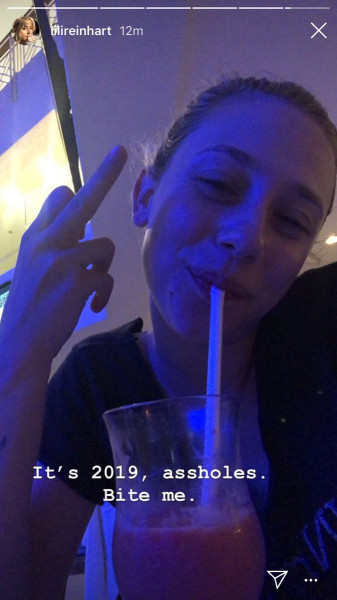 Which might have somehow a cue for witless trolls to declare her "worse than Hitler", and for others to bodyshame her because they somehow think it's open season on her.

In the end, she posted a poem in her Instagram stories that can also be found on her tumblr 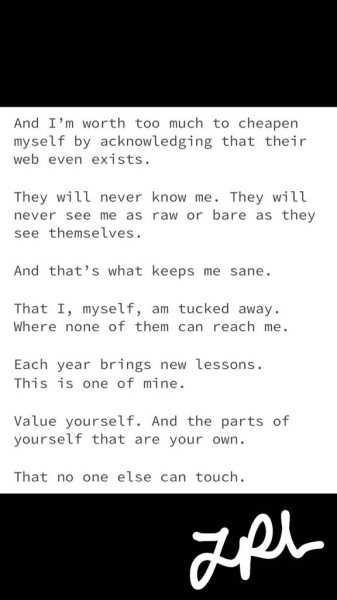 And she broke her self imposed twitter break by posting this response.