A short interview with Macy Gray 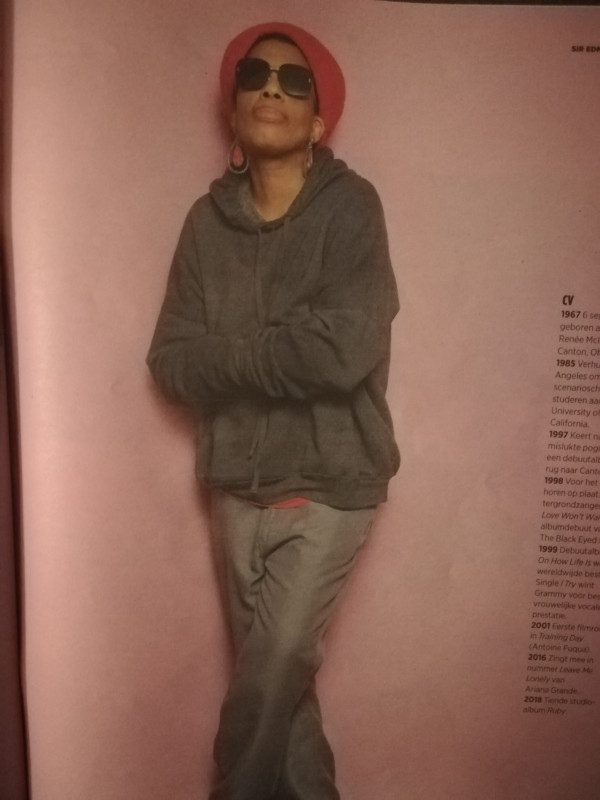 Macy Gray calls herself lazy, unpractical and a bit messy: "I could have changed for this photo shoot, but so be it. We'll do it without a bra."

The interview is for her tenth album, Ruby, which isn't named after a person but simply because Gray likes the colour. She associates it with excitement and passion - which is part of the music on this album, I made it while being a bit ecstatic."

She was asked to write for Ariana Grande (Leave Me Lonely), the producer heard her voice, other people, a choir and a band got involved and that was the start of Ruby.

On music:
Rod Stewart - Baby Jane, especially because of the video. "MTV changed my life. I didn't know this Rod Stewart, but I wanted what he was doing. I don't know who I would have become without MTV."

Billie Holiday: "I taught myself her calm way of singing. I love that you can understand all her lyrics because of her clear articulation." [tell Ariana about it, red.]


Gray likes Samuel L. Jackson and Marlon Brando, saying about the last one she never saw a more attractive man than young Marlon.

When it comes to attractive men, she says most of them can be found in Spain. She loves to go out dancing in Madrid and Barcelona.

Her favourite fashion brand is Valentino, but thinks the newer stuff is too expensive, so sometimes she makes pictures of it and forwards it to her regular dressmaker. "I'm not interested in the brand, I'm interested in the (model of the) garment."


Source: mine eyes and my paper edition of Sir Edmund Dec 29-'18.
ONTD, did you know Macy had a new album? And do you do things without a bra?