RAS talks some more about upcoming "theme" episodes. His inner Glee writer jumped out.
-“One episode we’re doing is an episode called ‘Bizarrodale,’ which treats- instead of Archie, Betty, Veronica and Jughead being the Core Four, it treats Kevin, Cheryl, Reggie and Josie as the Core Four. And it’s a really fun episode. A really fun episode. I’m really excited about that one"
-"And then we have an episode- the show has always been noir and always trending noir. But we’ve got an episode coming up that is completely noir: how it’s written, how it’s shot, the plot of it. And it’s really fun.”
-And then he's previously mentioned an episode about the teens taking their SATs

And the mention of crossovers isn't really anything
-“There’s one thing I’m trying to figure out that’s a nice Easter egg that I’m trying to get permission to do — but it’s too soon to talk about yet. We’re still in production on the second part of ‘Sabrina,’ we haven’t wrapped yet. I think right now our focus is all on wrapping up and getting that landed in a great way. I think once that’s behind us, I think we’ll be able to really investigate and have the conversations about this. That’s my hope at least.”

The stylist also posted a photo of the shoot where she was photoshopped which is one of Lili's rage buttons as she's spoken a lot about body image issues, and how it's tied into her mental health.

Was it really necessary for @xavierlebron to photoshop @lilireinhart’s waist in this photo??? Girl is curvy and owns it and is stunning, she doesn’t need to be altered in any way #riverdale pic.twitter.com/VpH1oJ3V7F

Excuse me while I sob in the corner forever pic.twitter.com/y02qveoKNq

The stylist claims that he just found the picture like that and didn't alter it himself. He deleted the photoshopped picture, and she deleted her reply and refollowed him on IG.

This was an eggregious oversight after finding the image on Instagram. I would never alter anyones’ body and I should have noticed the difference before posting! 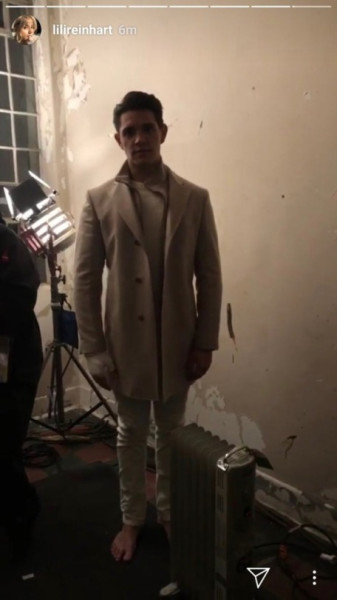