ONTD Original: I listened to Zayn’s 27-track album “Icarus Falls” so you wouldn’t have to 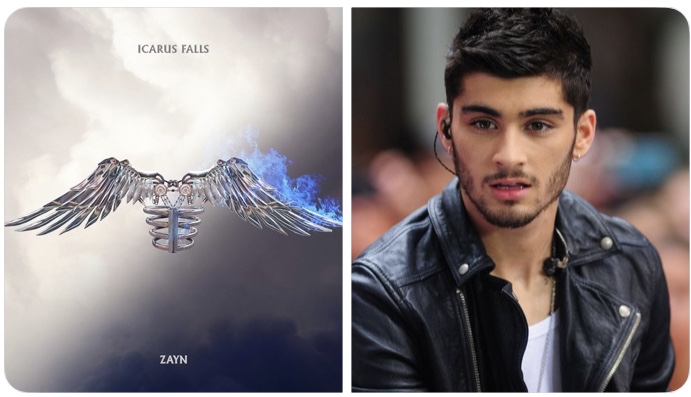 Tired, long, confused, dehydrated but somewhat enjoyable. Just some of the words to describe my long journey. I literally was in the comfort of my own home while listening and reviewing Zayn’s latest album yet it felt like I walked through one long mumbling desert. I contemplated giving up about 11-12 tracks in, but I slapped myself out of it and pressed forward. Certain I’d find the bops. Something.

1. Let Me - Let me skip this one, I’ve heard it and while it’s not terrible I’m sure there were better songs to open the album with. The song does make me want to go and get vanilla ice cream tho.🍦

2. Natural - Decent mid-tempo track, lots of falsetto in the chorus.

3. Back to Life - Starts off slow but builds and picks up. Dare I say, I found my first bop™.

4. Common - Slow but instantly catchy, an ear worm. Not everything has to be a bop™. I know. Easily a highlight for this OP.

6. Stand Still - An eerie but catchy track that’ll put you right to sleep. In a good way. A highlight.

7. Tonight - It’s alright, nothing worth while noting here.

8. Flight of the Stars - Chill mid-tempo track to keep you deep into your Zzz’s and nap.

9. If I Got You - Feels like I’ve already heard this. A common theme listening to this album. At least the album is cohesive?

10. Talk to Me - Am I dreaming? I can understand what Zayn is singing? This Caribbean inspired production is nothing new, but a welcome change. I’ve found my second bop™. I’m feeling hopeful I won’t be stuck in this coma.

12. I Don’t Mind - I don’t mind this track. Polished Pop&B production, catchy, clear and crisp Zen vocals. Please tell me the mumbling is over!

At this point I’m tired, fatigued even. Zayn’s mumbling and vocal effects on nearly all the tracks thus far have me whelmed. I’m not even sure what track number I’m on, or if I’m even half way there. I’m a bit thirsty, so I reach over to my nightstand for a bottle of water. As I sip, earphones still on, music paused, I ask myself: What exactly am I trying to prove here? Onward I tell myself, I’m in too deep to stop now.

15. You Wish You Knew - Starts off promising and then hits familiar over production territory. Shame.

17. Satisfaction - No, Zen didn’t pull a Britney covering the Rolling Stones iconic “(I Can’t Get No) Satisfaction.” A beautiful ballad type of song with crisp and clear vocals from Zen. Boring but still enjoyable.

18. Scripted - One of the stronger slow tracks.

19. Entertainer - I initially didn’t care for this song but it’s grown on me. It’s a mumbling mess but the production is dream like and the song is catchy after a few listens.

20. All That - Dark upbeat track. Kind of forgettable.

21. Good Years - What kind of bland American Idol winners single? No thanks. I’d rather be anywhere but listening to this Phillip Phillips-esque song. Harsh and slightly dramatic? Maybe so.

And that’s exactly what I do after this song, go outside to get some fresh air. I need a short break.

As I step outside and feel the cold air touch my cheeks I think about my Christmas shopping or lack there of. Should I start this weekend? Or should I wait until the following weekend right before Christmas? I never learn and seem to thrive on last minute shopping pressure and parking wars with others.

Last year’s Target shopping flashback hits me: I honk and tell another vehicle coming from the opposite side of traffic, “That’s my parking spot! Didn’t you see my blinker? I was waiting for them to pull out. Don’t act like you didn’t see me.” You think I’d learn by now.

I head back inside, with no clear answer. But I know one thing, I’m almost there, this is almost over. And nobody steals my parking spot.

23. Rainberry - Good, solid track. Still hating the vocal effects and his lack of enunciation in most songs. But Zen and his producers insist.

24. Insomnia - Tell me about it Zen. It starts off promising, especially when it picks up but then it really doesn’t go anywhere. That’s a shame.

25. No Candle No Light (feat. Nicki Garbaj) - This would have been fine 2 years ago? At this point the track is so dated, and it shows. Easily could have been replaced with “Dusk Till Dawn.” Several of these tracks could have been, let’s be real. It’s clear as day this album needed some serious editing. But hey, more music from anybody’s fave isn’t necessarily a bad thing. It can just be a bit daunting. As with any review on anything, take everything you read with a grain of salt. Listen for yourself and come to your own conclusion, most of these are simply first impressions and could completely change over more listens and time.

ONTD, favorite songs off the album?