-The Batwoman pilot is officially starting to cast characters for the potential CW series. 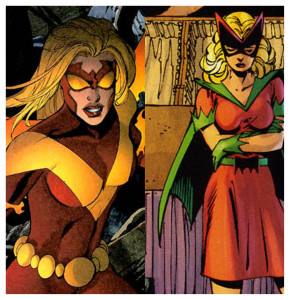 — Early 20s, open ethnicity, though they’d prefer Asian of Latin actresses. She has a lovely and heavy demeanor, which makes it easy to view her as an amateurish airhead. She’s said to be very compassionate, especially toward the people the city has forgotten, and she’s also intelligent. Like Kate Kane, “Meredith” will have a secret life of her own in Gotham City. Rumored to be Bette Kane -comes from an imperative legacy that has serviced the Caped Crusader with engineered gadgets. With Wayne Enterprises now abandoned, “Landon” is the one keeping it secure. While he is brilliant with tech, his social skills aren’t exactly the strongest as he goes out of his way to not make friends, after being betrayed by Gotham’s bureaucracy. With the Dark Knight missing, “Landon” soon begins to understand Gotham City’s demand for a new hero." Rumored to be Luke Fox "Brought up in a tight-knit family, “Sloane” is both feisty, charming and has incredible fighting abilities, with soldier experiences, as she is one of the best agents for the Crows and always goes by the book. But “Sloane” is hiding a deep secret from her husband which is that once upon a time, she was in love with Kate Kane." Rumored to be Renee Montoya 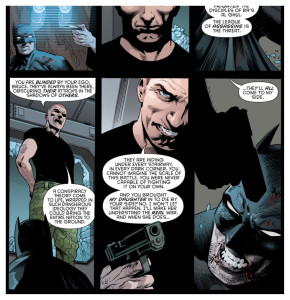 "A Caucasian male in his late 40s to mid-50s. “Joseph” is described as a former high ranking military Colonel, who instead of grieving the terrible loss of his wife and one of his daughters, formed his own army in order to make sure no one else has to ever go through the tragedy he had to experience. “Joseph” also leads a private security and logistics firm in Gotham City, called “The Crows.” He is both extremely tough, political as well as emotionless, but has one weakness in his life that makes him soften up…and that is his other daughter who he constantly tries to push away." Rumored to be Colonel Jacob Kane Kate Kanes father. 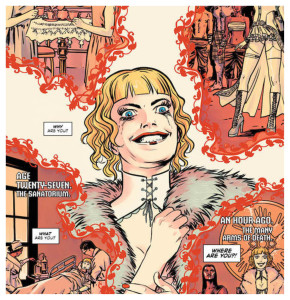 "Batwoman’s greatest enemy, basically her own personal Joker. “Alexa” is a woman who has experienced a tremendous amount of trauma in her more sensitive years. That has in turn caused “Alexa” to divorce herself from reality by living in a fantastical world where she is the star. Attached to Victorian attire, “Alexa” is a charming lunatic who manages to go from being psychotic to caring easily, which is why her unreliable behavior is a dangerous weapon in itself." Rumored to be Alice Kane Kate Kanes sister.