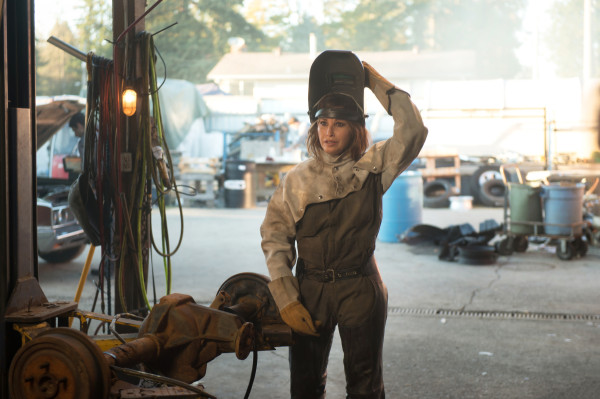 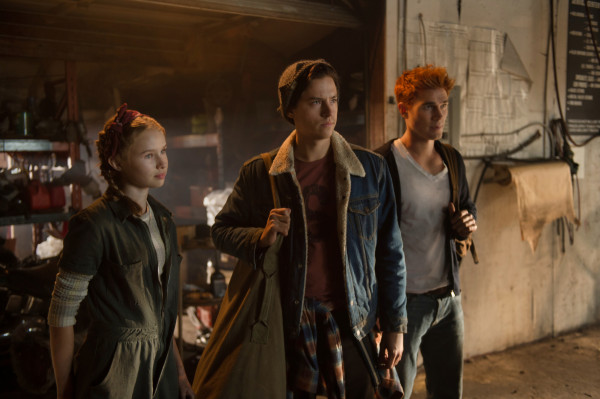 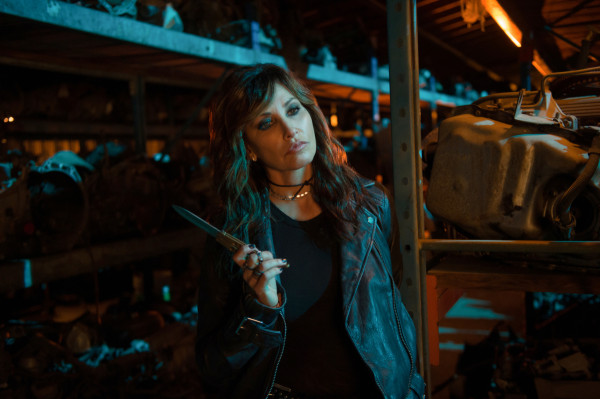 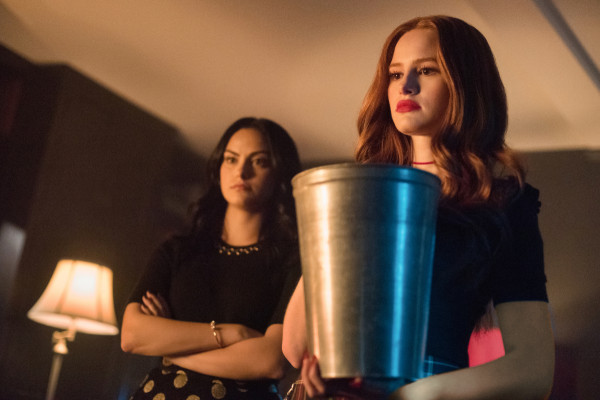 GINA GERSHON GUEST STARS AS JUGHEAD’S MOTHER GLADYS JONES — On the road and running out of places to stay, Jughead and Archie head to Toledo to visit Jughead’s mother Gladys and sister Forsythia Jellybean.

Back in Riverdale, Betty inches closer to uncovering the truth about Gryphons & Gargoyles, while Veronica and Cheryl take on Hiram, Hermoine, and Penelope after more students fall victim to seizures.

Directed by John Kretchmer and written by James DeWille. Original airdate 12/12/2018. This will be the midseason finale.