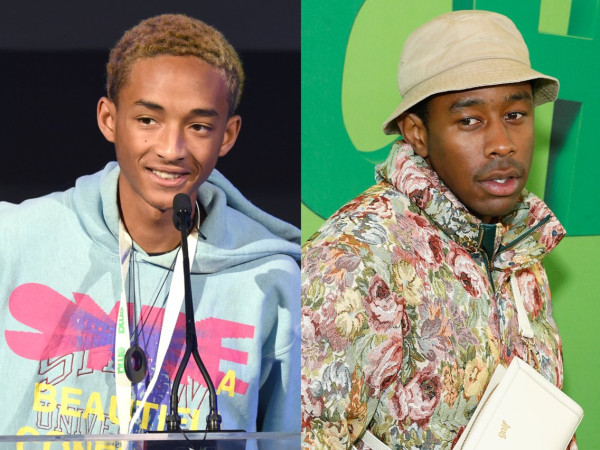 At the Camp Flog Gnaw Carnival and Music Festival, famous child Jaden Smith took to the stage to announce that Tyler, the Creator was his boyfriend.

He later took to twitter seeming to confirm it.
Tyler responded in a really ambiguous way that doesn't clarify anything.

hahaha you a crazy nigga man