They had an agreement to not discuss the relationship after they split, because some things are better left unsaid. https://t.co/0MbyUUIPi6

⬝⬝ Ariana can excuse Manchester jokes, but she draws the line at break-up jokes.

"She wasn't amused by Pete's jokes at all. They made an agreement that they would not address their relationship or discuss it after they split up. He violated that agreement and it really hurt her. She knew he would see her tweet. Pete is having a hard time with the breakup and making jokes his way of dealing with it. Ariana hopes that he will have enough respect to not do it again."

⬝⬝ Another source counters, saying Pete didn't even say Ariana's name and it was more of a jab at himself than it was her. 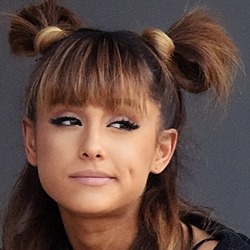