How does Chilling Adventures of Sabrina differ from its comic counterpart?

-CAoS has finally premiered on Netflix and with any adaption, it does differ from its source material even though Roberto Aguirre-Sacasa writes the comic and is showrunner for the show.

-Roberto has only managed to put out 8 issues of CAoS since its debut in 2014 so if the netflix series is a hit, it will severely outpace the comics. But for now we can see some of the differences below 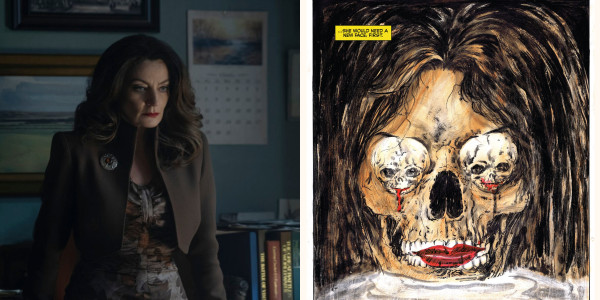 -In the comics Madam Satan has a much darker origin story, accidentally summoned by Betty & Veronica, Madam Satan was Sabrinas father former lover who killed herself over Edward leaving her. When she is first summoned she eats a pregnant doe’s unborn calf. 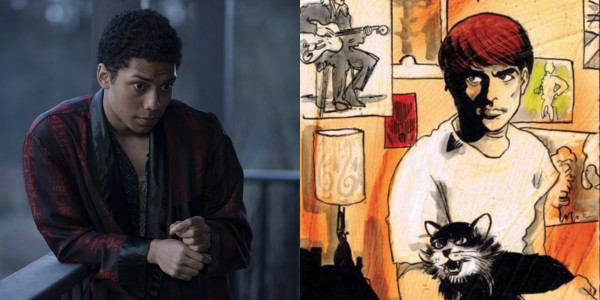 while still Sabrinas cousin, is a teenager in the comics who is under house arrest for removing a fellow students hands. He has 2 snake familars. 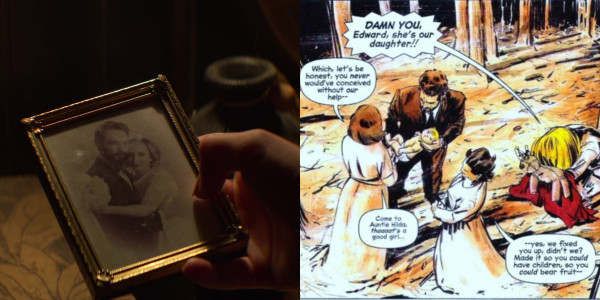 -Edward Spellman takes Sabrina from her mother in the comics to have her be a witch. When Sabrinas mother attempts to flee with her daughter, the Spellmans drive her insane and she is committed to a psych ward unlike the love the story in the show where Sabrinas parent appear to die together either murdered or by plane crash. It is very doubtful that the show will follow anything close to the comic storyline for Sabrinas parents, especially when it comes to Harvey/Edwards connection.

-Sabrina has a lot more powers in the comics and uses them throughout the series such being telekinetic and she/Harvey do not start the comic series off together. 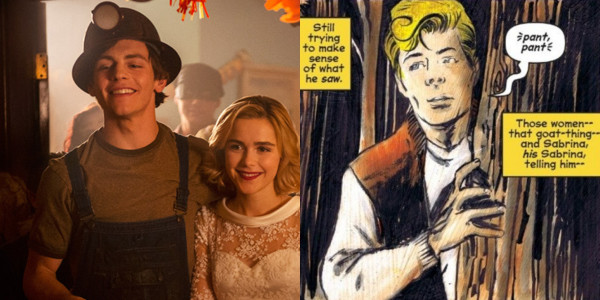 -In the comics Harvey Kinkle is a football player while the show seems to have made Harvey into a coal miners son who doesnt do any extra curricular activities. Especially not being popular in school. Same goes with Sabrina who is a cheerleader but is more of an outcast in the show. 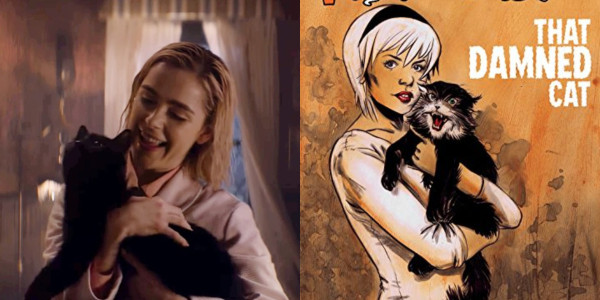 -Of course the biggest departure happens to be Salem. In the comics he retains his origin of being a former warlock damned to be a cat as punishment for trying to enact the Book of Revelation. He is also given to Sabrina as a familiar when she was a child by her aunts while in the show he is a boring gremlin who takes the form of a cat to watch over Sabrina after she puts out an ad for a familiar.