Despite reports that Hailey and Justin were friends from an early age who met because of her dad and then stayed in contact because of their "church", it seems to be that after briefly meeting backstage on the Today show, Hailey Baldwin is a former Belieber stalker who's only recently gotten closer to him.

The above video is from former Bieber fan, Dana Rose. She met Hailey Baldwin via twitter and the two became friends. Here's Dana, Hailey, and other girls attempting to recreate Justin, Selena, and company's "Call Me Maybe" video

Dana was one of those fans who would stalk Justin Bieber and has "met" him multiple times. A few of those times, she was accompanied by Hailey Baldwin, who used to DM Dana to ask for Bieber's location.

And it worked on occasion. Note that this is a fan pic rather than some throwback to their shared youth

Another instance of waiting for him outside of hotels in 2012 despite her claims otherwise.

Hailey made another friend this evening with Selena Gomez stan/stalker Ronnie, who claims that she would DM all the time for Bieber's location

And another anonymous talked to PageSix about how she never stopped wanting to hook up with him during his days of dating Selena.


“She was super obsessed with him. Justin was trying to get back with Selena and [Baldwin] couldn’t get over that. She wouldn’t talk to other guys, wouldn’t date other guys Wouldn’t give other guys the time of day,” he said. “She wanted to [put] it super out there how religious she was, I think, just so it would hook [Bieber].”
---
[A Rollercoaster of Selena emotions]Now in her youth Hailey used to be both a Selena and a Jelena fan 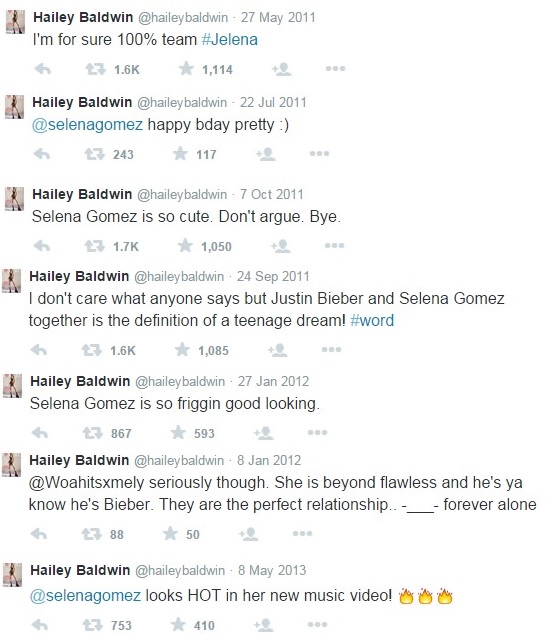 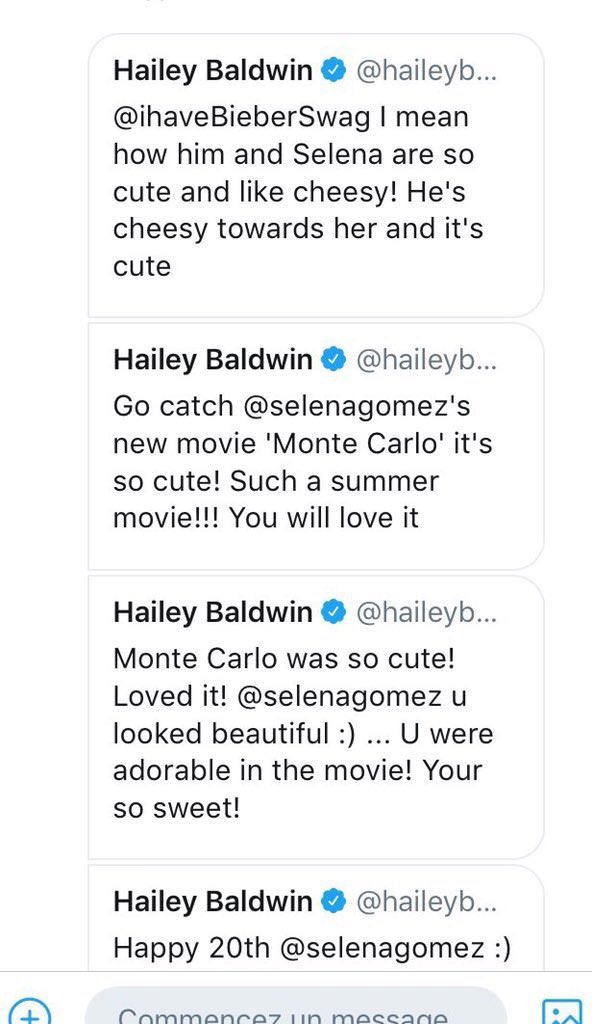 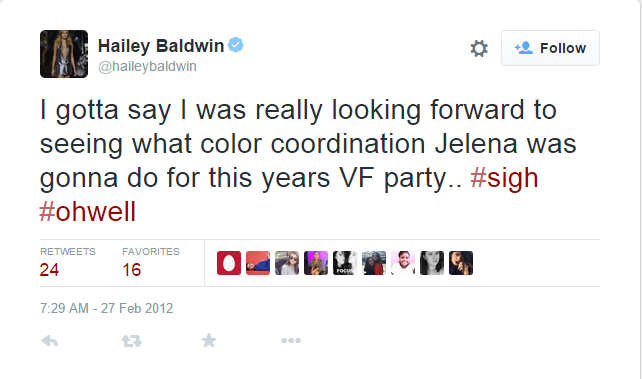 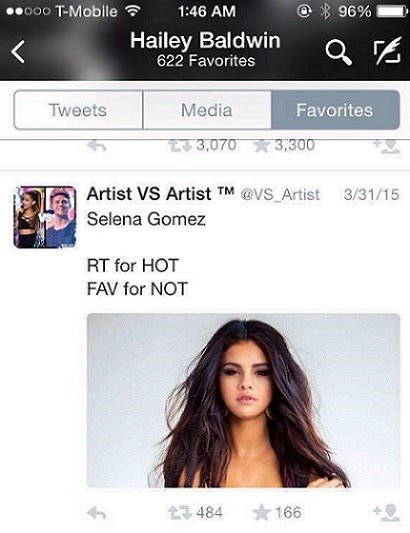 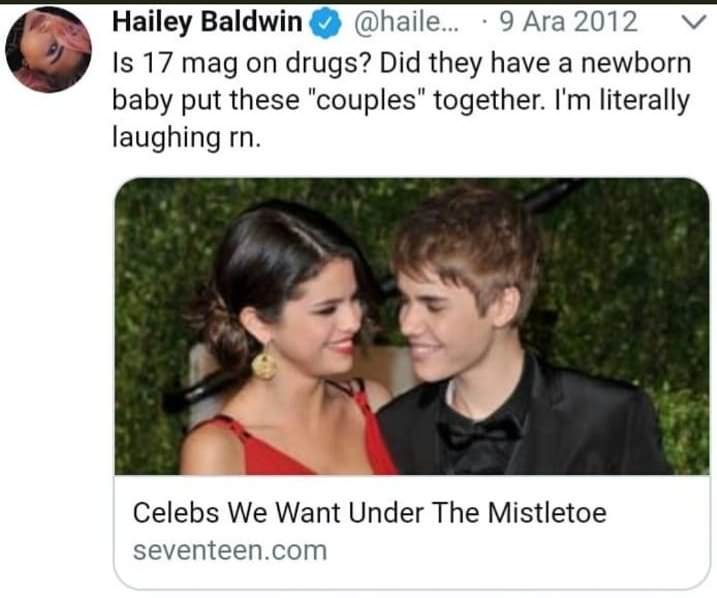 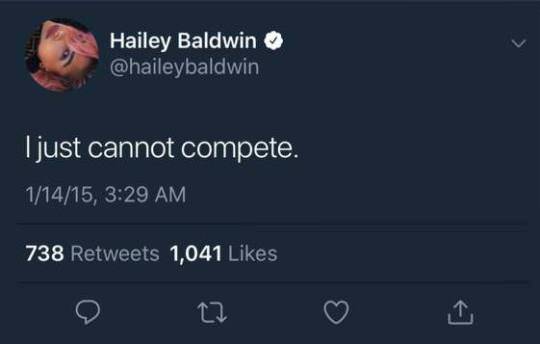 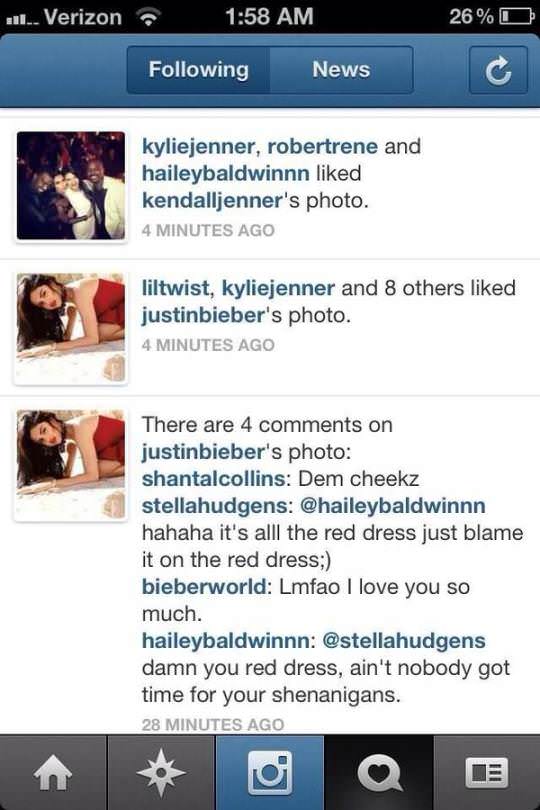 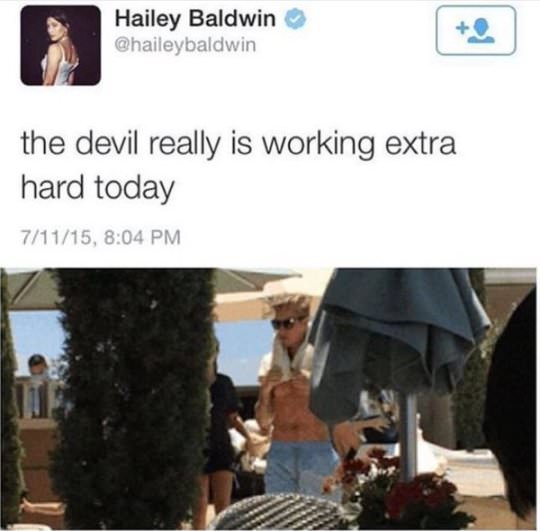 When Justin and Selena broke up earlier this year, she was quite pleased.

---
[Thoughts on other Bieber hookups]In 2014, Justin invited an old fling, Yovanna, to his birthday party. Hailey was not happy about this. 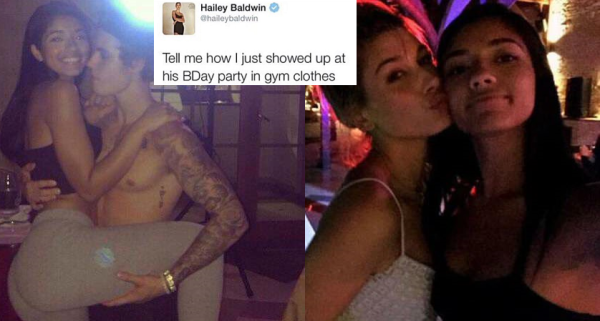 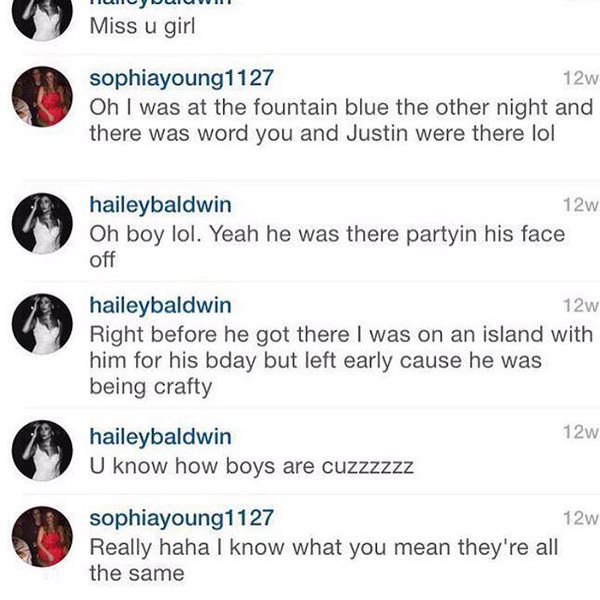 In 2015, Justin flounced and ignored her. As a result, Hailey left his AMA afterparty upset and then got some cupcakes from Kendall to cheer her up 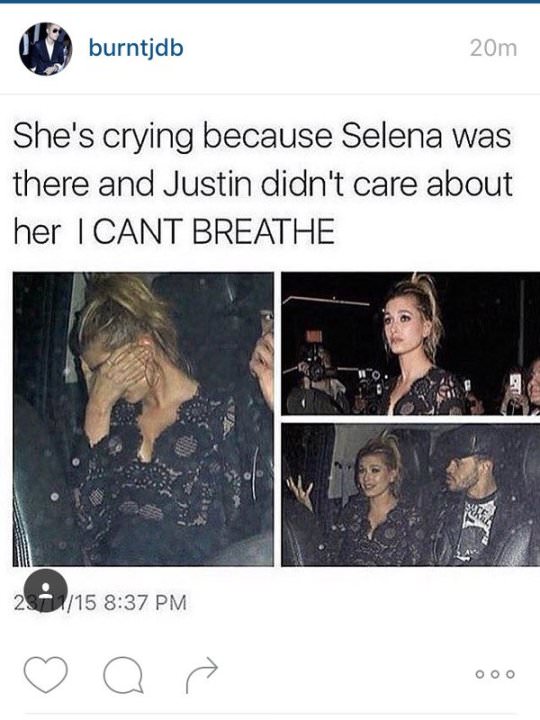 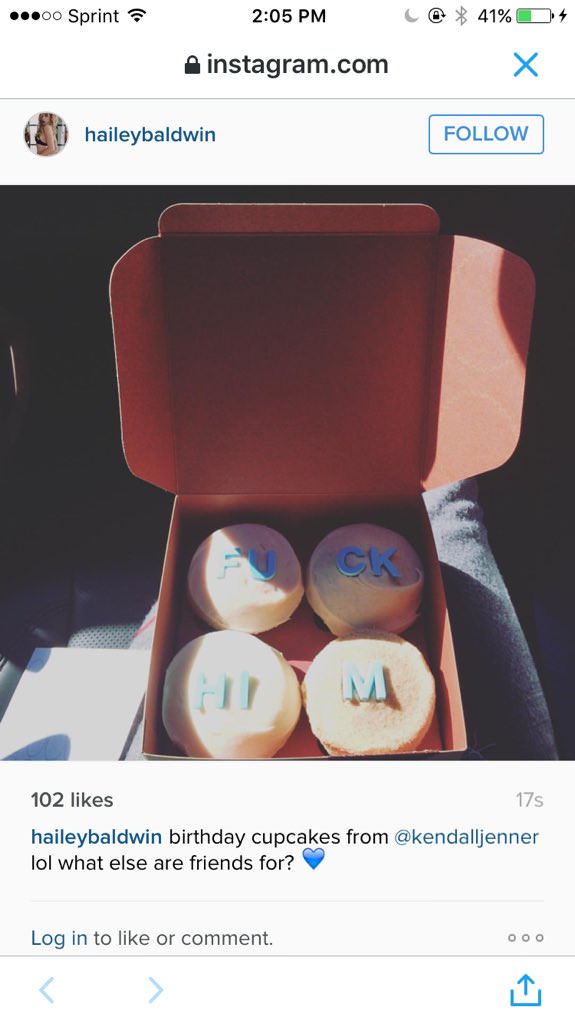 When he was dating Sophia Rich (Aug 2016), she was really not into it Before being spotted with Justin more frequently, she left this comment on Scooter's IG 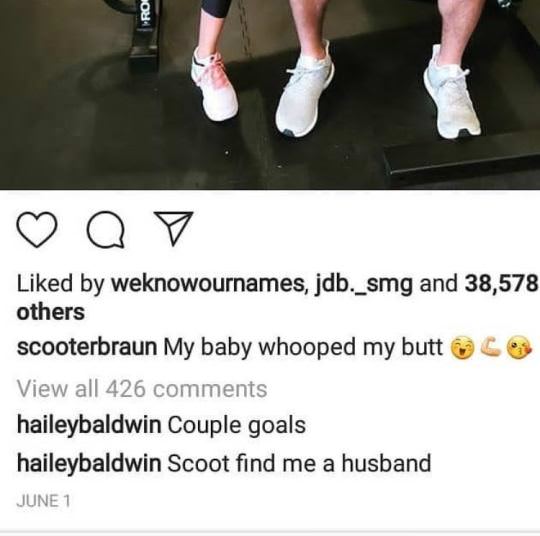 ---
[DMs Leaked]In 2016, a twitter stan hacked Hailey's account but when she was found out and subsequently blocked, lost her shit and leaked things in retaliation.

These are her interactions with John, Justin's friend and social media account manager. This particular exchange is about when Justin posted a throwback picture of him and Selena, and then Selena attended his concert. 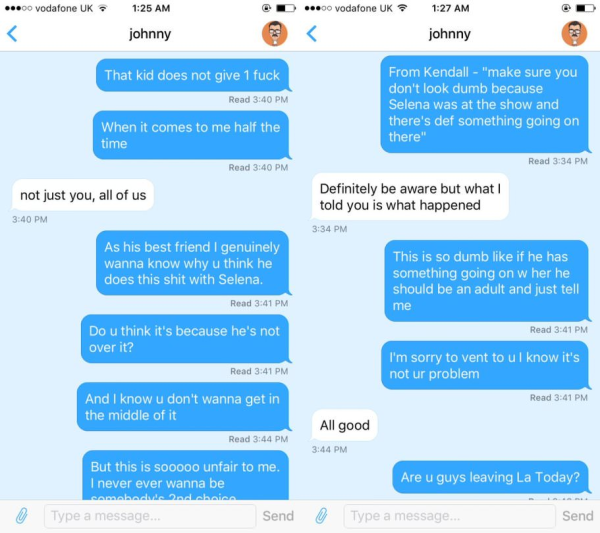 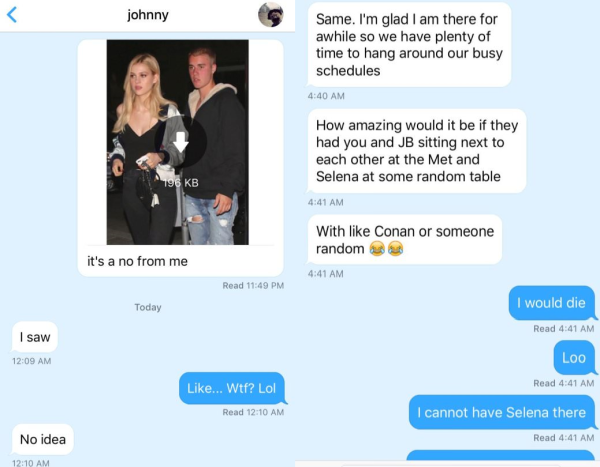