Harry Styles is a Thief Part II: An ONTD Original on how Gonzo was imitated for years It’s been just a little over a year since I first exposed occasional singer and retired actor Harry Edward Styles, 24 [citation needed], for the fashion thief that he is. I am stunned he continues to take from others unscathed. In all my years in journalism nothing could quite prepare me for this next theftvestigation.

It’s one thing to copy a person, but to copy a poor muppet? That’s right, Styles isn’t all that stylish and has resorted to taking fashion cues from Gonzo of The Muppet Show. Chicken and all, and for a Gucci campaign and you can’t even give him credit or a shout out? Something. For shame. Thanks to users on Twitter, this was brought to my attention. You already know the drill. Theft Rating
High and snatched in plain Caucasian daylight straight off Gonzo’s back. 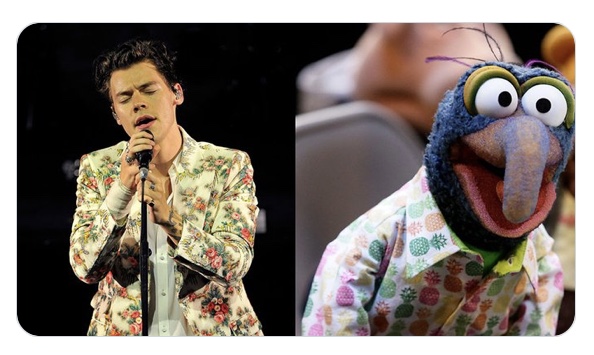 Theft Rating
High, a timed electronic device with a new single by Louis Tomlinson was left behind that a bomb squad was called to disarm it. 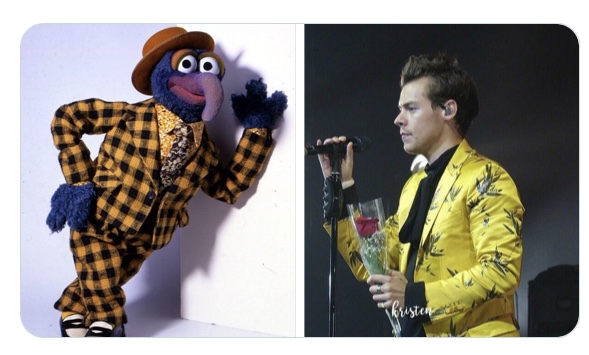 Theft Rating
Low, but we see you like we see that receding hairline Harold. 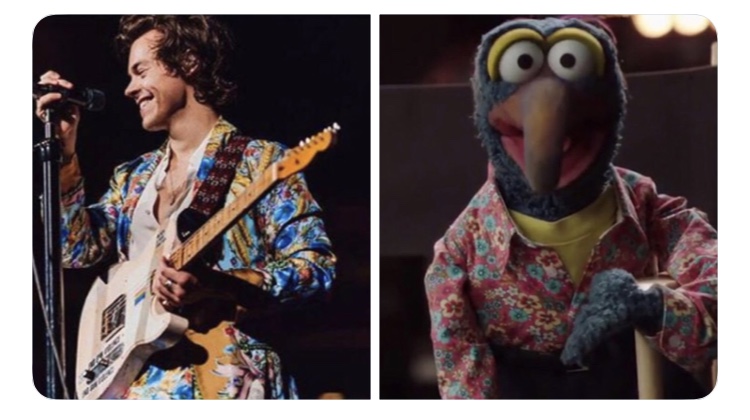 Theft Rating
High and snatched off the hangers at the Haus of Gonzo. 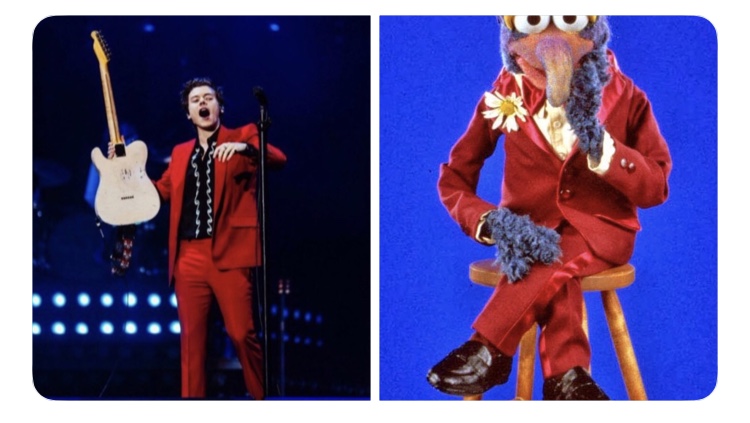 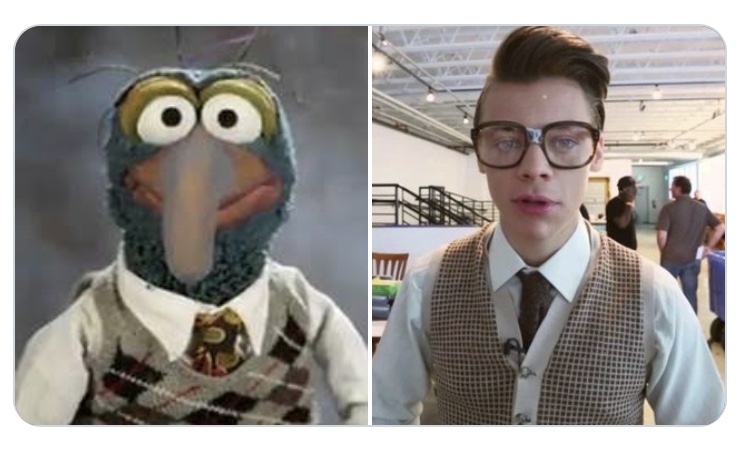 But what does fashion victim Gonzo think of all of this?

No one ever believed me when I said @Harry_Styles and I look like twins... so I started letting him borrow my outfits to prove it!!! https://t.co/B5CAUSHcDZ

There you have it, words from yet another victim who will surely get ridiculed on social media by stans.

Read my previous theftvestigations with your morning coffee ☕️ if you’d like.

Harry Styles is a Thief: An ONTD Original on How Fashion Icon Brandon Flowers was Imitated For Years (as mentioned on Lainey Gossip).

ONTD, do you steal without giving credit?