-Showrunner RAS says things: “It’s Labor Day weekend and it’s closing arguments for Archie’s trial. His fate hangs in the balance, and in the premiere episode, the outcome of the trial will be revealed...One of my favorite things recently was the first season of True Detective, and we’re sort of telling a similar ritualistic crime that happens in Riverdale. We jokingly call it teen detectives meets True Detective, because we find Betty and Jughead investigating this really disturbing crime that seems to speak to the very twisted history of Riverdale...The murder victims in the present were playing a game called Griffins & Gargoyles, which is, of course, the Riverdale version of Dungeons & Dragons. Our kids discover that when their parents were in high school they also were playing this game, and there was a similar murder that happened in the past.”

-Lili on Bughead: "What made people fall in love with them from the start was seeing them together as this team, a crimefighting duo. You definitely see that within the first few episodes. They take this new killing spree under their belts, which is a lot for two teenagers to do.”

-Lili on playing young Alice in the flashback episode which airs Nov 7: "Young Alice is so different from the Alice that you see today. She’s not just this uptight, precocious, looks-down-upon-everyone teen; like, she was a Serpent.”

( New Casting Among the ParentsCollapse )

( Madchen at the Creative EmmysCollapse ) 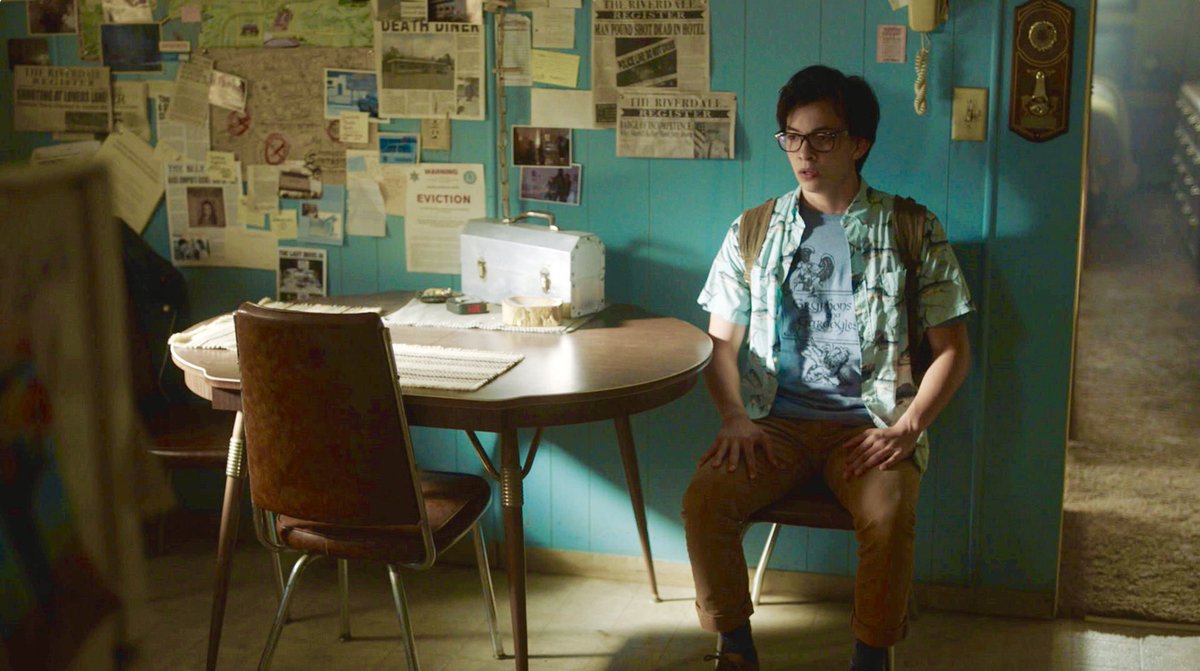