WOW SHE IS FELLING HA SELF pic.twitter.com/x6huDGjXQ7

Legend X graced the cover of Harper's Bazaar September Icons issue and came STUNTin on her arrival to their party during NYFW in a white feather dress.

She also performed her hits. And over some champagne, she discussed an alleged #altercation that occurred while she was singing the timeless classic "Fighter" -

.@Xtina also took the stage at the @HarpersBazaarUS Icon Party for a special set where she performed some of her biggest hits. #BazaarIcons #NYFW pic.twitter.com/EAkod1j1c2

Lmao Xtina talking about the Nicki and Cardi fight that happened while she was performing her song Fighter. Legend pic.twitter.com/PTrkJMTza2

Experimental risk taker in fashion, not everyone can be that. We love the nod queen! 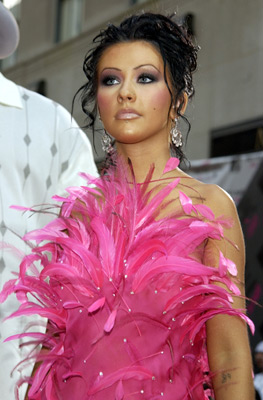