OP is relaxing today and just purchased herself to bougie things so it’s time to balance with some TRASH BEAUTY!!!!! In a peak moment of #TeamTheseRaggedyRacistsNeedtoLogout, Jeffree Star uploaded a video in which he does a lewk of brands who hate him or have taken him off PR lists. OP doesn’t really find this amusing as brands do need criticism but this can also show how many bridges a person has burned and the irony that it’s Jeffree doing this concept. I didn’t watch and will not, but what we did get from it was this gem and doggone it if this didn’t make me laugh:

Here is an actual picture of Kat Von D's baby when it found out they weren't getting vaccinated. pic.twitter.com/VvUyzl0nQD

If you have a good sense of well-being and are content with your life, you may not know that Kat von Disease (who new spouse has questionable tattoos and just views of life in general) made a lot of ripples in the beauty community (and probably soon humanity) when she announced that she was NOT going to vaccinate her child. The two had a falling out a few years back when Kat who openly admitted to excusing Jeffree’s racist actions was upset that he apparently did not pay her friend who made a logo for him. In OP’s opinion, she needs new PR people. Allegedly, people are not shelling out their money for her palletes and some former customers have decided to return products or not repurchase. 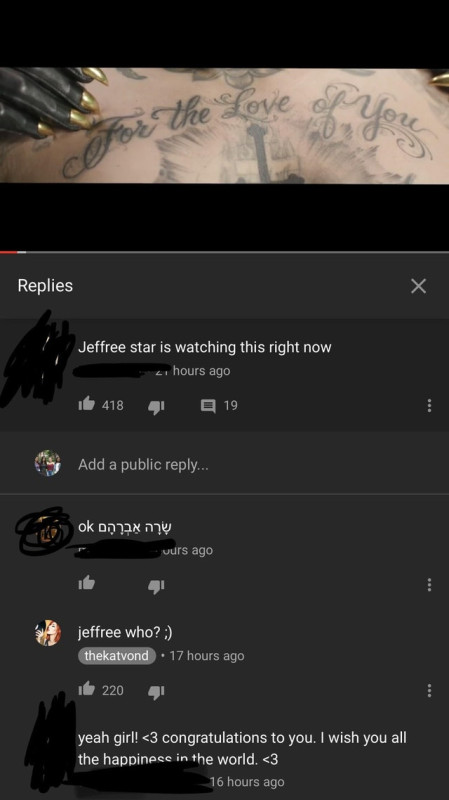 She left this comment under her Gothic Aesthetic is My Passion Wedding Video last week.


ONTD in the future will TB stand for Trash Beauty or Tuberculosis making a trendy return to the US? Also what else is going on in Trash Beauty?