Follow up to the announcement of her wedding to Charles Guard (45 year old Film Director who Felicity has been with since 2015). SOURCE

-Felicity wore an elegant full-sleeved white gown with sheer fabric above the bust and a collared neck.
-"The majestic venue is the only private castle in England to have a queen buried within its grounds, Katherine Parr, the last of Henry VIII’s six wives."
-The ceremony took place at Sudeley Castle, a spectacular structure near Winchcombe, Gloucestershire in England, & closed on Saturday for her wedding.

-Pictures of the Venue

felicity jones got married today with charles guard. Congratulations to both! pic.twitter.com/eW2uy75c6L

Beautiful #NEWS!!!! Yesterday #felicityjones and Charles Guard got married and this is #EddieRedmayne"s photo at their wedding who has been celebrated at #SudeleyCastle, Gloucestershire, England. Thanks to https://t.co/hXixE1Ds5g and Felicity’s sister on IG Many wishes Felicity! pic.twitter.com/MiavAkElbK

-Picture of Felicity Jones & her husband after they got married. Her dress here is cute! 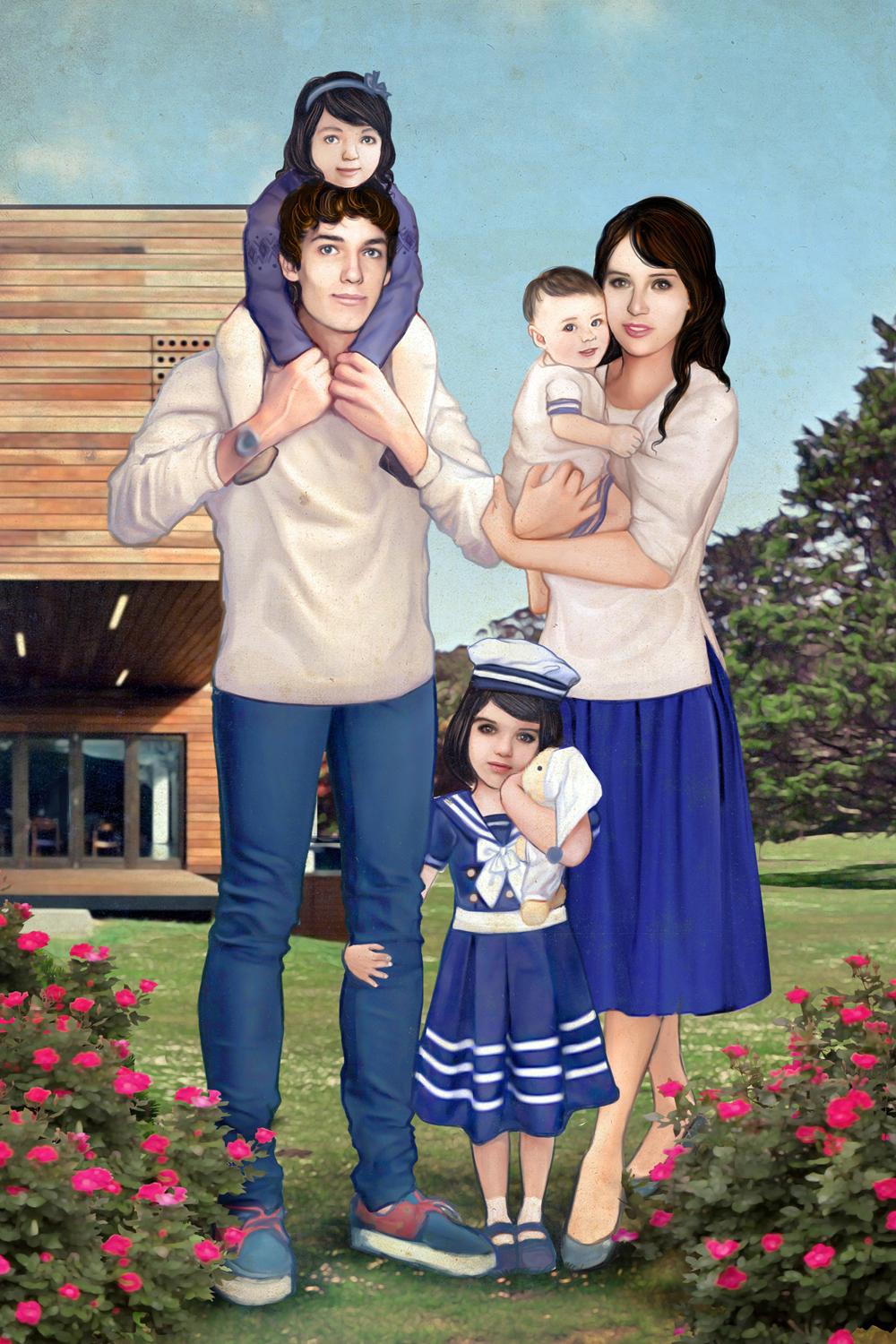 Umm... Her ex-bf Ed Fornieles who she met at Oxford, is an artist who she was with for 11 years. He painted this after their breakup...
"Ed Fornieles’s new work imagines a world in which he and Jones had three children (Picture: Ed Fornieles, courtesy Carlos/Ishikawa, London)"