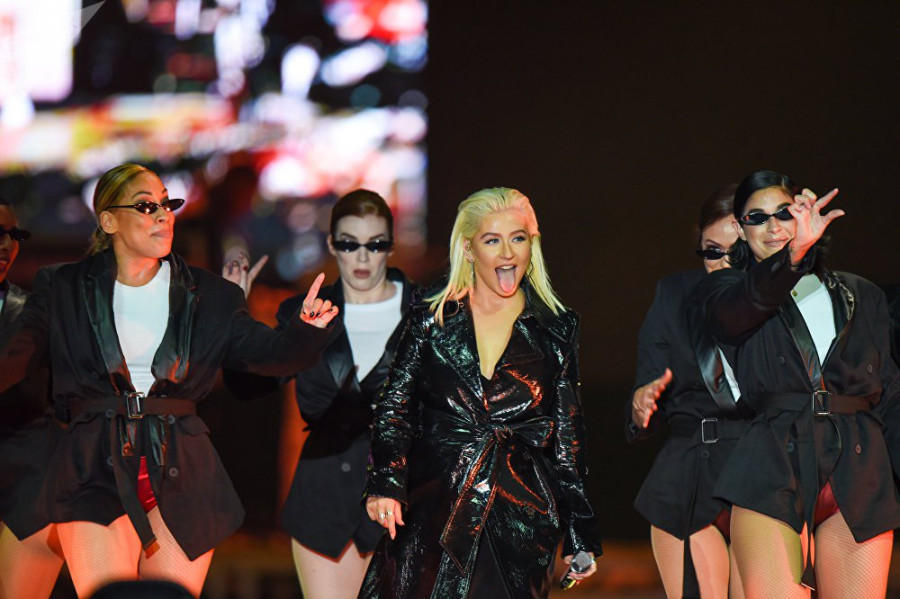 Britney Spears' shadow resider and Oreo endorser Legend X gave a concert in Baku, Azerbaijan where she freshened up on her usual Billionaires Tour™ set, sporting a newer look and new video backdrops.

Xtina CONFIRMS the album title to be "Liberation" in a video interlude, which leaked previously in the last music post. It's #TIME for LIBERATION

IT'S TIME FOR A #LIBERATION!!! pic.twitter.com/XcnOP0tg3E

And RUMORS are her new single will be Accelerate, which from the leaked tracklisting features 2 Chains and Ty Dolla Sign.

After all the doubts, Baku's show confirmed #XtinaLiberation is coming! Let us add, #Accelerate is coming as early as Friday.

Here's a couple of clips from the night:
( Read more...Collapse )

Apparently on the same night, a Tr*mp Tower Caught on fire in Baku. #RingTheAlarm #AndImThrowinElbows

Are you ready to be Liberated? #SickofSitting