THE BEGINNING OF THE END — After [Spoiler (click to open)]Midge is brutally murdered during the school musical, Archie leads the charge to uncover the culprit.

Meanwhile, the reveal of a devastating secret (probably that Chic isn't even the real Chic) leads to a violent showdown between possibly fake Chic, Jughead, Betty, and Alice.

Elsewhere, Veronica has to deal with Nick who has decided to come back to Riverdale for revenge.

Finally, Hermoine and Cheryl conspire to take down Sheriff Keller because as DILFy as he is, he's also extremely incompetent and this has been a long time coming.

Directed by Jennifer Phang and written by Cristine Chambers

#Riverdale: Why [SPOILER] had to die and 6 more burning questions answered! https://t.co/xE0pflbO0m pic.twitter.com/JGhyMGhhrk

-On what was the most difficult number: "The opening number, ["In"], was shot over several days and involved all of the cast in different locations, so that one took a lot of organization and coordination over a few days. In the number "A Night We'll Never Forget," the scene when they're all in the dressing room is one long take, and that was really difficult [to shoot]."

‘Riverdale’ Boss Breaks Down the Making of Their Musical Episode https://t.co/iNdQrzb5Fd

"The inspiration for the musical episode, on some level, was there was a high school production of “Sweeney Todd” in Australia maybe two years ago that we read about where a kid that was playing Sweeney Todd used the wrong prop razor and used a real razor and slit a kid’s throat. The kid survived, but it felt like such a “Riverdale” story!"

They wanted to do Sweeney but then Little Shop of Horrors was also in consideration before settling on Carrie.

They also released promo pictures for 2x20, "Shadow of a Doubt"

#Riverdale photos for "Chapter Thirty-Three: Shadow of a Doubt" are HERE! https://t.co/0qTKBkYt0Q pic.twitter.com/8innkNO9K3 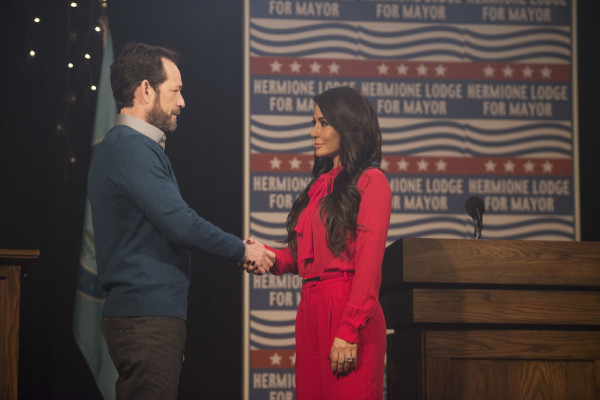 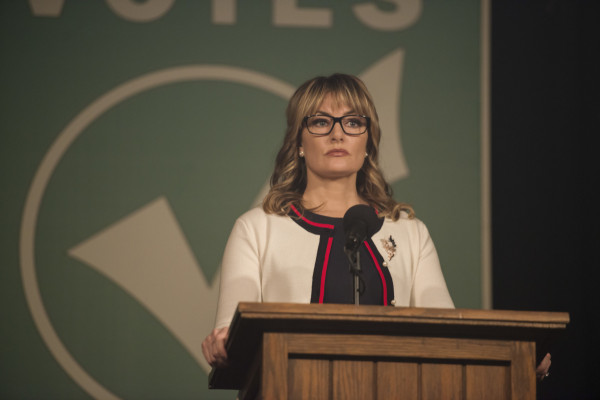 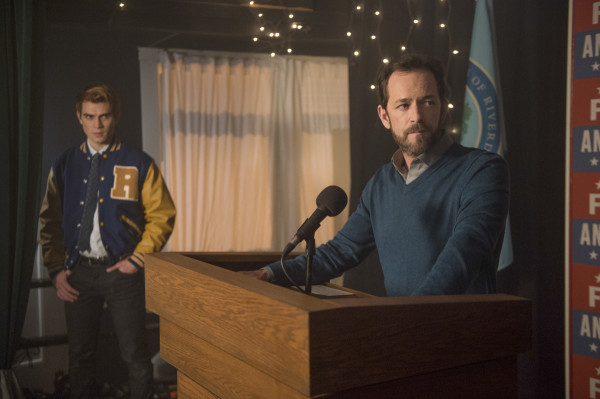 DEBATE NIGHT — As the town’s mayoral race between Fred and Hermoine heats up, Hiram sets his sights on a new ally – Sheriff Minetta.

Betty turns to Cheryl for help when she has a suspicion about the Black Hood.

Meanwhile, the reveal of a dark secret forces Jarchie to try and ease tensions between the Bulldogs and Serpents.

Finally, on the eve of the mayoral debate, a mysterious message leaves everyone on edge.

Directed by Gregory Smith and written by the show's best writer Yolonda E. Lawrence who gave us such memorable hits like the first appearance of Dark Betty or the episode where Betty strips for a bar full of adult bikers! What embarrassingly sexual thing will Betty do in this episode?