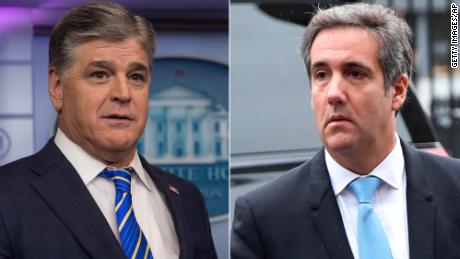 Sending TRvmp further into rage probably behind the scenes, it was revealed today that the third client of TrVmp's lawyer and fixer, Michael Cohen, was the one-and-only, Sean Hannity. The Fox News host has a perfect and respectable reputation of being a brown-noser to 45 and an even more stellar reputation for withholding this while reporting numerous times on Cohen.

I hope #SeanHannity brings sunblock on his planned vacation. He is quite pastey. Wouldn’t want him to burn.

Ah got it ok https://t.co/4reCPnhkjk

#MichaelCohen disclosed in court that the client who had requested to remain unnamed was #SeanHannity. A federal judge ordered the disclosure. @CNNTonight pic.twitter.com/KsPOBVTHvM