“RIVERDALE HIGH PRESENTS “CARRIE THE MUSICAL” — As Riverdale High begins rehearsals for its upcoming production of “Carrie the Musical,” the arrival of an ominous letter from someone claiming to be the Black Hood forces director Kevin to make a difficult decision about recasting. Jughead uses his cover as the musical’s documentarian to solve the mystery behind the letter as well as to completely avoid singing.

Meanwhile, tensions between Betty and Veronica because Veronica lied about how complicit she was continue to escalate just as Alice announces she is joining the musical to spend more time with Betty.

Elsewhere, Hiram enacts a devious plan to further drive a wedge between Fred and Archie (like rubbing it in that he bought a sweet convertible for his sugar baby), while Cheryl gets her theatricality on in order to scare the absolute shit out of her horrible mother.

Directed by Jason Stone and written by Arabella Anderson & Tessa Leigh Williams. Original airdate 4/18/2018 aka the day after TAX DAY in the US

THE BEGINNING OF THE END — After someone got violently murdered during the school play, Archie leads the charge to uncover the culprit.

Meanwhile, the reveal of a devastating secret leads to a violent showdown between Chic, Jughead, Betty, and Alice.

Elsewhere, Veronica takes matters into her own hands when [someone from her past]Nick comes to town seeking revenge.

Finally, Hermoine and Cheryl conspire to take down Sheriff Keller who is as incompetent as he is hot.

While actor KJ Apa is a mess in many other ways (fat shaming and allegedly dating a 16-year-old), he recently did an upstanding thing by responding to recent homophobic comments made by rugby player, Israel Folau in his IG stories

"What gives you the right to condemn? Are you perfect? Sit down." https://t.co/uRjtKXnBEf 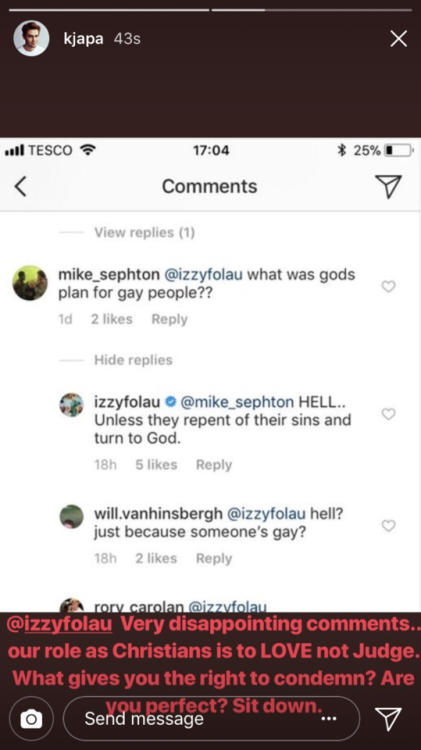