Conservatives complain that "Roseanne" is too liberal 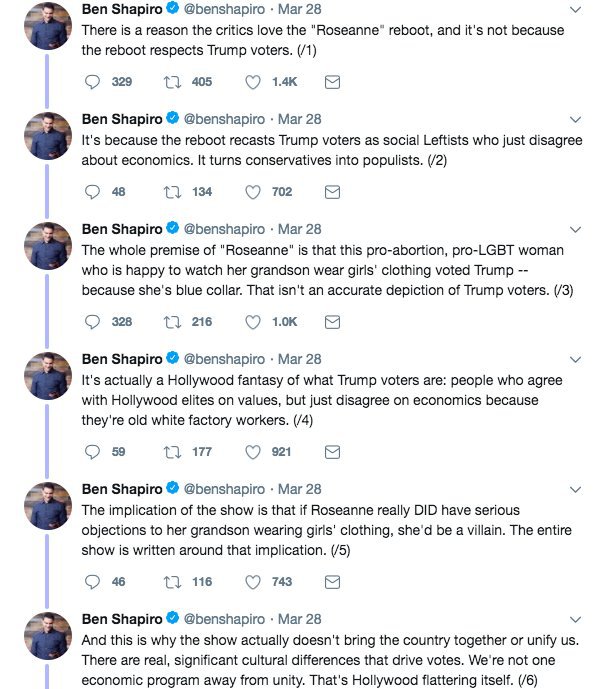 Conservative political commentator Ben Shapiro tweeted his problems with the new Roseanne show, arguing that the series was too liberal despite the title character voting for Trump, citing how Roseanne accepted her gender nonconforming grandson and supported a woman's right to choose. "The whole premise of 'Roseanne' is that this pro-abortion, pro-LGBT woman who is happy to watch her grandson wear girls' clothing voted Trump -- because she's blue collar. That isn't an accurate depiction of Trump voters."

One of the offending scenes: