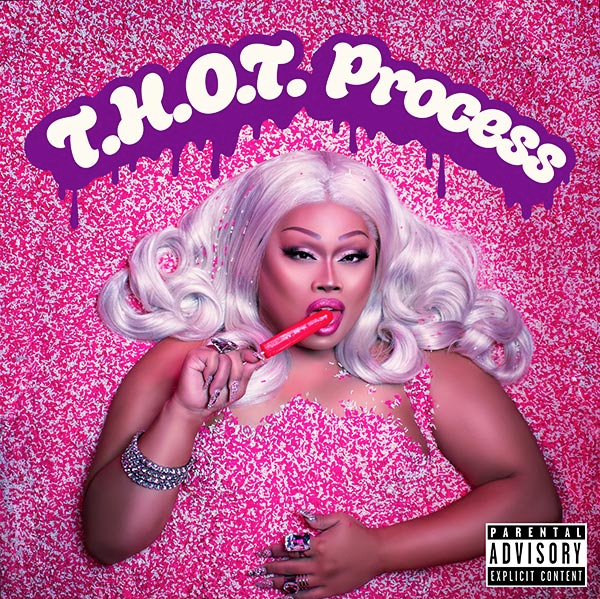 Jiggly Caliente, a contestant from RuPaul's Drag Race season 4, dropped her new album on March 9th. At the same time, she put out the music video for "I Don't Give a Fuck" feat. Sharon Needles and has since been receiving some back lash from the northeast US drag community for ripping off Luci-Furr Matrix  from VT's song and MV "IDGAF," circa 2016.

This is a comparison video of the two, highlighting some of the similarities.

This is Luci-Furr Matrix's video.

This is Jiggly Caliente's video.

Posts have been made on Twitter and Facebook from the community addressing the issue of hard work being ripped off, and how these instances in the drag community undermine the support and creative nature of drag. 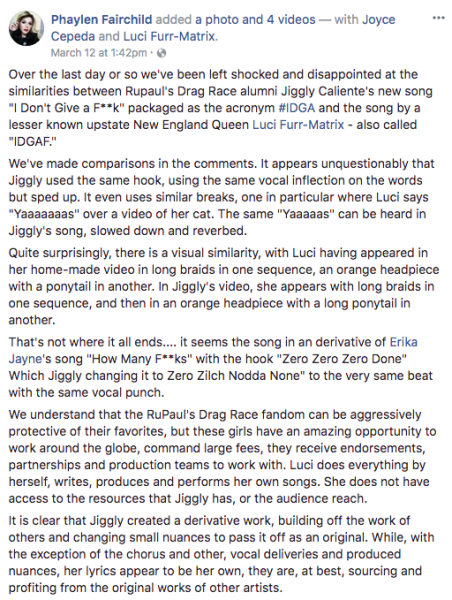 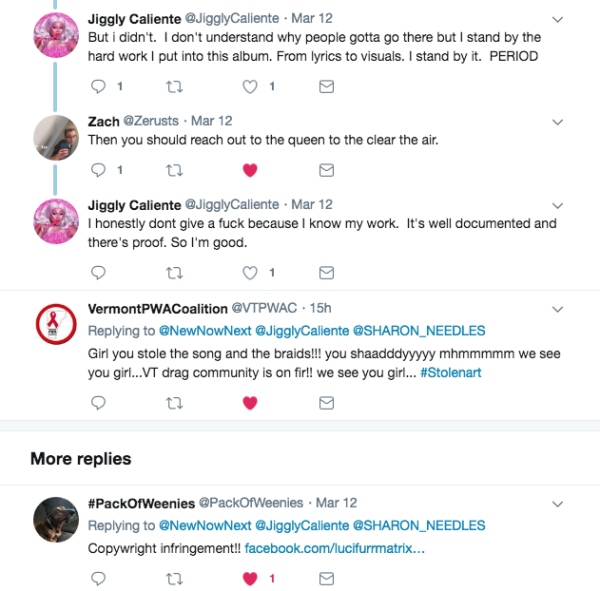 I've read a few articles about the album, and to some it up, it seems like Jiggly wants to show her true self and leave RuPaul drag behind. Says that this music won't be drag music, but uhhh, decide for yourself. There is an article I can't link out there. I think there's some blatent stealing going on here, regardless of the similar title. Let me know if I screwed anything up or if you have anything to add; I don't post often.