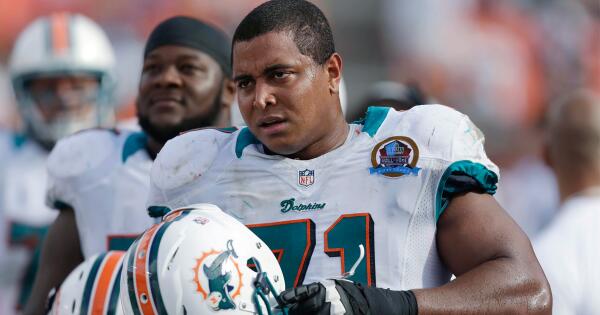 ■ After the post he was taken into custody without incident and is now in a mental health facility.

■ His post appeared on his IG story about a week after the school shooting in Parkland, Florida. He tagged his former high school as well as 2 former teammates, a former coach, and a former classmate. His prep school alma mater, Harvard-Westlake, closed campus the next day as a safety precaution.

BACKGROUND:
■ Martin was an offensive tackle for the Miami Dolphins. Back in 2014, the team faced a deal of controversy after allegations of bullying and racial taunts towards him came to light. A subsequent investigation involving text messages and witness statements revealed that the bullying had been led by teammate Richie Incognito (teammate Mike Pouncey and o-line coach Jim Turner were also participants). Ingcognito, Pouncey, and Turner were tagged names in the post (he also tagged James Dunleavy, a former classmate at Harvard-Westlake).

■ The bullying caused Martin severe emotional distress. He left the team towards the end of 2013 and checked himself into a mental health clinic. Incognito was briefly suspended by the team. Both Incognito and Pouncey are still active players in the NFL.