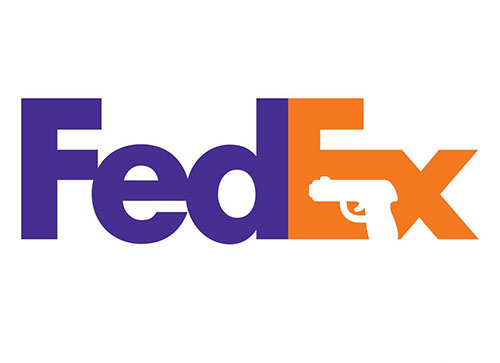 Ever since the horrific school shooting in Parkland, Florida, numerous companies have halted the practice of offering discounts to members of the National Rifle Association (NRA).

While corporations including United Airlines, Delta Airlines, both Enterprise and Hertz car rental firms, Metlife Insurance and the Wyndham and Best Western hotel chains have severed ties with the NRA, Federal Express is apparently bucking this trend.

'FedEx is a common carrier under Federal law and therefore does not and will not deny service or discriminate against any legal entity regardless of their policy positions or political views.'

Dear @Fedex I urge you to end your partnership with the #NRA.
Their stronghold on our political system is a threat to our democracy and to the safety of the American people. As a mother of two children, I cannot patronize any company continuing to partner with the NRA.

I'll be doing the same. https://t.co/joyQraOax0

.@fedex has chosen to continue its business relationship with the NRA, despite its board member pushing conspiracies against children who survived Parkland. I've directed our representatives to stop using them, and encourage you to do the same. #BoycottFedEx

We’ll only be using @UPS and the post office from now on until @FedEx cuts it’s ties with the NRA.. 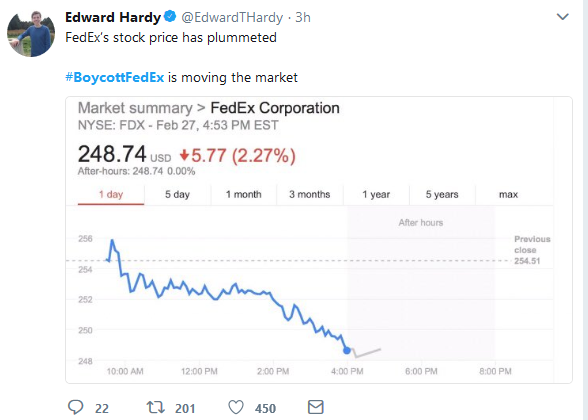